5 Songs We Can’t Stop Listening To with guest Jungle

5 Songs We Can’t Stop Listening To with guest Jungle 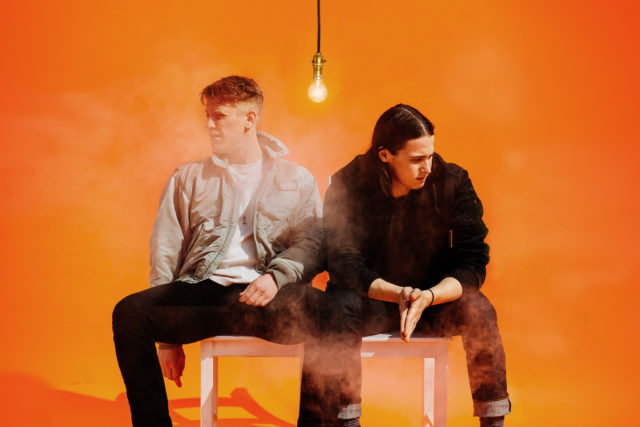 Tom McFarland: The last song I couldn’t stop listening to was this track called “Mother Maybe” by Kadhja Bonet.

Tom McFarland: Her Instagram is pretty funny actually, she’s quite self-effacing slash just kind of weird and insular. Like she sort of views herself as this alien creature that’s landed on earth.

Tom McFarland: She’s released two records, the latest of which is called, “Childqueen.” This is one of her main tracks from that record. I think she’s based in L.A., she grew up in California, but she obviously got some sort of North African-French heritage. Some of her lyrics are in French, some of her lyrics are in Arabic. Yeah, this track “Mother Maybe” I don’t know what it is about it. It’s like just incredibly beautiful, direct, soulful and very well arranged. All of her music is very well arranged. She is quite an accomplished guitarist and violin player. I was just kind of really really sucked in by her voice and how it makes you feel. It’s a very good listen. Very unique. It’s very powerful but at the same time very inviting as well.

Song two this week is my pick. One song that I can’t stop listening to is this song “Started Out” by Georgia.

As a DJ, people just kind of expect me to play music at occasions. Which it is my job, this is my duty. And so I have a playlist on my phone called, “When They Hand Me the Aux.”

“When They Hand Me the Aux” is full of bangers that everyone knows and loves. And then there are the songs you love to play as a DJ. It’s like, a song in the middle, that no one really knows but everybody vibes with. Then the idea is, you want to hip people to something. You want somebody to turn around and say, “What is this?” This is a song that I’ve played multiple times where people have been listening to it, vibed with it, and turned around and said “What is this?”

So, I want to play this and hopefully you can take it and put it on your playlist too, whatever it’s called. When they hand you the aux, you can play it and people can ask you what it is. Also, I just want you to hear it and vibe with it because it is a fantastic song. It is “Started Out” by Georgia. 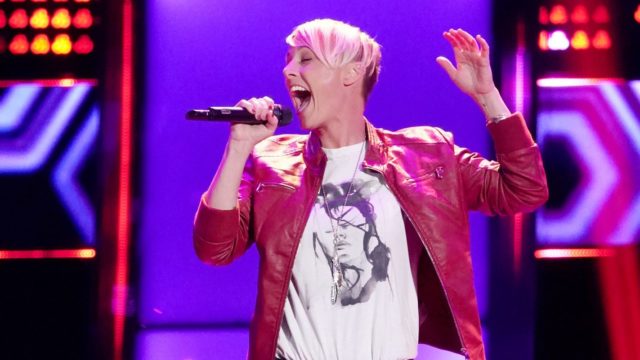 Betsy Ade on “The Voice,” Photo by Tyler Golden courtesy of NBC

Today our guest is Betsy Ade. Betsy Ade grew up in Kenosha and she has been part of the music scene in Southeastern Wisconsin for many years. But recently she has been a contestant on NBC’s The Voice. My guest today is Kenosha’s own, Betsy Ade.

Justin Barney: What is the last song that you couldn’t stop listening to?

Justin Barney: Okay, that was quick.

Betsy Ade: I am obsessed with it. It was actually a battle song between Jej and Beth, two of the contestants that had their episode. It was the first, it was the premiere of the battles. They sang this beautiful song, this ballad and I just immediately became obsessed with it. I had a friend from out of town, from Minnesota, visit these last couple of days and I just couldn’t stop singing it. I probably annoyed the crap out of her but that’s the last song.

Justin Barney: What do you like about it? Vocal range?

Betsy Ade: It’s really simple. The arrangement that Beth and Jej did is a little more extravagant and I loved that. I fell in love with that. So, I researched what song it was because I never heard of it before and this guy… and the video is simple too. It’s just him on a couch and just singing – and that’s it. They barely cut to different angles.

It’s simple, it’s heart wrenching. It’s about breaking up with someone or something happens in your relationship and you have to be away. He says that he gave this person permission, like you don’t have to feel bad, I told you I forgave you a long time ago but I still feel jealous. Jealous of the wind that ripples through your clothes, the rain that falls on your skin. You know, they get to be there and I don’t and that kind of thing. The lyrics, like I said, are pretty simple but they cut through you, it’s all very relatable.

Justin Barney:  I am here with Nate Imig, how’s it going Nate?

Nate Imig: Good. I love when I get to appear on 5 songs, because I feel like I bring a little something that you maybe don’t get from the other staff members. I played you an Ariana Grande, I played you (I think) I played you a Kesha song once (laughs) and today we’re going Whitney Houston.

Nate Imig:  Yeah, it’s in its 11th season as a show and the way they do it is, at the end, when it’s time to dismiss the drag queens – and if you aren’t familiar, RuPaul’s Drag Race is a drag competition where they crown the ultimate drag queen at the end of each season. So what they do to eliminate them, they make them lip sync for their life. So they play a song, usually it’s from a diva type artist and then the two drag queens lip sync to it and whoever does the better job remains. They “shante you stay” (laughs). The loser “sashays away”.

This was one of the songs, Whitney Houston “I’m Your Baby Tonight” this appeared in one of the episode’s this year. And then the next day I was having lunch at Cermak down the street here from 88Nine and it was like a Whitney Houston Megamix Playlist. I was there for lunch and I heard like, 5 or 6 Whitney Houston songs in a row and I think there must’ve been some connection. Whoever was picking the music at the grocery store might’ve just watched RuPaul’s Drag Race with me the night before.

Justin Barney: I love that, love that.

The final song is my pick. One song that I can’t stop listening to is the song, “Siren” by the band Slow Mass. In this song the band Slow Mass, there’s really not much to it. It’s a very simple song and that’s what I like about it. Because Slow Mass builds this bed – they kind of have this ambient soundscape under them and then the entire song.

The shape of the song, the verse, the chorus, those things that make your voice into a song and not just talking, it’s all vocal. So there’s no instruments guiding along the shape of this song. The whole song structure is just them bending their voices and creating it with their vocals. Deceptively simple. This is “Siren” by Slow Mass.