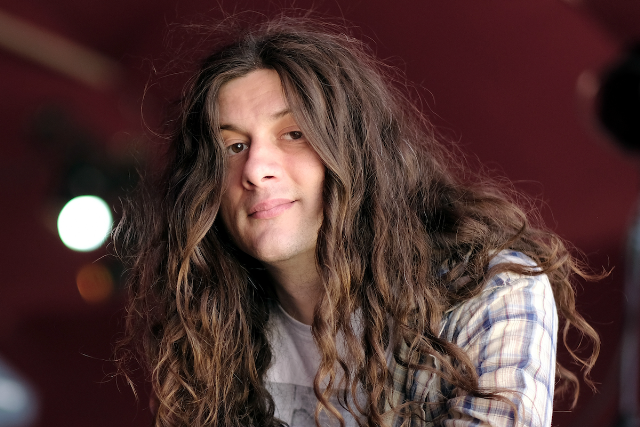 1. Kurt Vile picks “Nothing Breaks Like a Heart” by Miley Cyrus and Mark Ronson

Our guest today is Kurt Vile. From Philadelphia, Pennsylvania, Kurt Vile started off his career by forming the band “The War On Drugs,” and has since had an excellent solo career and has basically become a household name of indie rock. Last year he released the album “Bottle It In.” His long songs, finger picking and kind of off-the-cuff vocal delivery made it a top ten album for many critics and fans alike. We’ve been playing the song “Loading Zones,” my guest today is Kurt Vile.

Kurt Vile: The last song I couldn’t stop listening to literally happened yesterday. My friend Jenny who plays bass in “War Paint” – we both follow Miley Cyrus and obviously she’s great beyond talented, but I think she’s even coming into her own more now and she just did these performances on BBC One and one is a cover of Arianna (is that how you say her name), but the one I’m really talking about is Miley’s new single, she plays it with an orchestra and that guy Mark Ronson and what is it called again.. Oh yeah, “Nothing Breaks Like a Heart.” She’s clearly ripping off of, I think she’s her godmother or something, Dolly Parton. It’s got “Jolene-isms” but yeah she’s really killing it live. It’s hard to believe that’s really her voice you know, but it’s so, she’s nailing it.

Justin Barney: What about Miley Cyrus – her voice or the orchestration?

Kurt Vile: Her voice is killin’ it yeah, and also I mean she’s just like the definition of star power. I’ve been admiring her from afar for awhile, but now I feel like, I don’t know, I feel like she’s really coming into her at least lately. I mean, she’s always been talented but I think something…

Justin Barney: Totally. What is the name of the song?

Kurt Vile: It’s called “Nothing Breaks Like a Heart” but it’s the performance on BBC One with the string section. So good.

Song two this week is my pick: one song I can’t stop listening to is “Dear Me” from Shaddye. The end of the year here and the beginning of the new year for me, is a chance to look back at a lot of stuff that I missed on top 10 lists and whatever. Music releases kinda slow down to a trickle so I’ve been looking back at some of the Milwaukee music that I just didn’t get a chance to listen to in 2018 and that is what happened with this album.

This is sixteen-year-old Milwaukee rapper Shaddye and it is incredible music. I remember there was a little bit of buzz about it in the middle of the year last year and it was in the middle festival season, I think I had stuff going on, and that’s how music works a lot – it’s like, one day we’re talking about one artist and saying that they’re important and then the next day we’re talking about somebody else and it’s just easy to feel like it’s all piling up and you’re way behind. This is what I do for a living and everyday I feel like I’m way behind the eight ball. So I’m catching up myself here and glad that I caught on to this release and went back this week and listen to it.

Shaddye, sixteen-year-old Milwaukee rapper is making this music that is so well thought out and produced. Some things that I love about this song is it starts off with this sample of “You Send Me” from Sam Cooke which is great and then Shaddye’s lyrics are great. Her delivery is kind of like a early mid-nineties boom bap kind of classic M. C. if you like “Noname” as well, “Noname” was kind of doing a thing in 2018 that is similar.

She’s got great lyrics, great delivery, I love the production on it, and in her delivery she’s got like this, if you listen carefully, she’s got this kind of tiny lisp going on, or speech affectation that is really subtle but I kind of really like. It adds a lot to her delivery and the song and you can hear that she is thoughtful, she’s got a lot of promise, sixteen year old Milwaukee musician, what’s not to love here? I’m glad that I went back and caught up on it and I’m glad that I can play it here. The song is “Dear Me” from Milwaukee musician Shaddye. 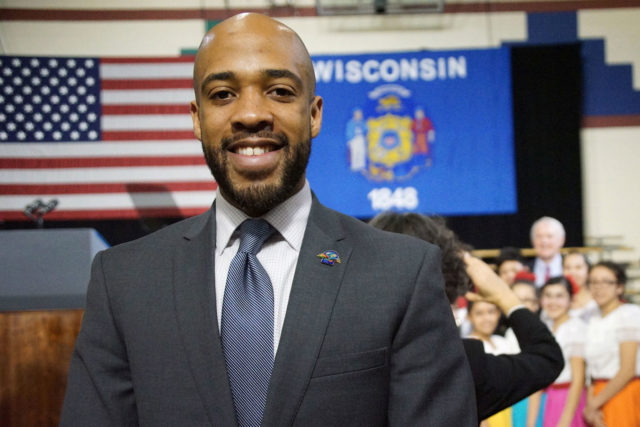 My guest today is Mandela Barnes. Mandela Barnes is the Lieutenant Governor of Wisconsin, he was born and raised right here in Milwaukee where he has been active in the community in groups like NEWaukee, Social X, The Urban League Young Professionals, among many others.

Mandela Barnes: So one song I can’t stop listening to, it’s kinda of been that way for awhile, is probably “Slow Down” by Ishdarr.

Justin Barney: Ahh the Milwaukee artist Ishdarr, how did you discover Ishdarr?

Justin Barney: Is Ishdarr’s music and his brand of hip hop what you typically listen to? What is your musical taste?

Mandela Barnes: I listen to everything man, I’m all across the board. Obviously I, you know, grew up on rap and hip hop but the rappers I do listen to, they’re just all over the place. One day it may be Jay-Z, another it’s some underground rapper like Maxo Kream or something (laughs).

Mandela Barnes: There’s just no tellin’ man. Right? I’m just all over the place with the music I listen to.

Justin Barney: I love that. What do you like about that song?

Mandela Barnes: That song, I mean “why you slow down?” – it was very helpful for me, even during the campaign. There’s a certain level of inspiration ‘why slow down, don’t let up, keep applying pressure, stick to it.’ He’s an up and coming guy, very creative, he’s not like anything I’ve heard in awhile, in a really long time. And I’m proud that he’s from Milwaukee. The album [Slow Down KID] is great, and the song is one that I can’t stop listening to.

Justin Barney: I am here In The Mix with DJ Kenny Perez.

Kenny Perez: Yes you are sir, how ya doin’ boss?

Justin Barney: Good, what are you listening to Kenny?

Kenny Perez: My gosh what am I listening to now… I think it was Ariana Grande before, today I am listening to Bad Bunny, super excited about the homie coming out with new music. He’s not a homie but you know, hey he’s Puerto Rican like me – he’s a homie you know?

Kenny Perez: I haven’t done the research yet on what that means, but I am hooked on every song on the album which is kinda weird.

Justin Barney: I listened to it yesterday, it’s a great album.

Kenny Perez: Yeah it is a good album

Kenny Perez: My favorite song on the album is probably “Estamos Bien,” because there’s a message behind it. You know, hurricane Maria in Puerto Rico happened, and it’s kind of like ‘we’re doing okay, we’re here, we’re good, we’re alright’ you know, ‘we’re living, we’re prospering,’ and it’s really cool. I love the song and the beat’s fun, it’s a good time. I mean, the whole albums a good time but this one has more of a message in that aspect, the island Puerto Rico.

The final song this week is my pick. It is “Slow Dancing” from Tayla Parx. In this song,  kind of, the hook of the song is ‘I’m just a typical girl.’ And I don’t think it’s meant to be ironic, I think she’s sincere in saying that she’s just a typical girl. In a way, it’s such a statement in itself. You know, when people want to be so different, and especially artists trying to prove how unique they are, I think that right now maybe being typical is the most radical thing that you can do.