Marika Hackman on a song that radiates ’empowering Robyn energy’

Marika Hackman on a song that radiates ’empowering Robyn energy’ 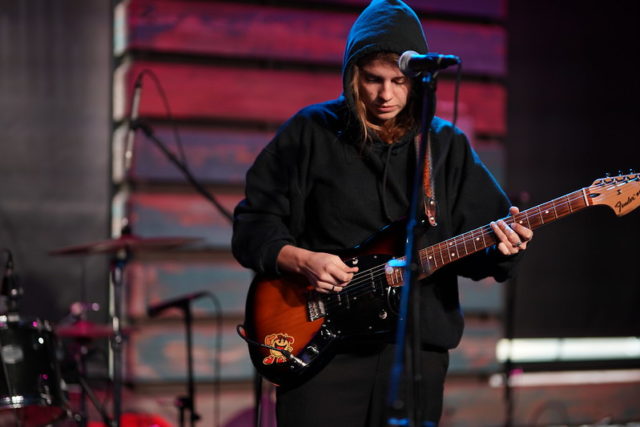 Marika Hackman picks “Because It’s in the Music” by Robyn

Marika, what song is on pause on your phone right now?

It is “Because It’s In The Music” by Robyn.

And why did you press play on this song?

Well, I was actually listening to the whole record. You know, I’m stuck in a van quite a lot at the moment, being on tour. It’s been a good time to actually listen to entire albums, which is something that I don’t do as much when I’m at home.

Why Robyn? Do you like Robyn? Are you on a Robyn kick? Why did you choose to listen to Robyn?

Because yesterday, I saw my very recent ex had just signed up to a dating website, and I was really angry about it. I was a bit upset, so I felt like I needed some empowering Robyn energy… that’s genuinely true [Laughs].

Yeah, it’s because I was a bit spun out, I was in the back of the van, we were all there. I just clicked on the app and expected to tool through some random stuff. I know this seems very double standards-y, but it’s not for many reasons. She was on there, so I was like, “Woah, I’ve got to listen to Robyn and sit in silence and stare out the window for a while.”

It actually did, yeah. It was really good, although I only got to like the third or fourth song on that record. I think we had stopped and reached our location, annoyingly, because I was on the Robyn vibe.