Preservation Hall Jazz Band on the real meaning of punk

Preservation Hall Jazz Band on the real meaning of punk 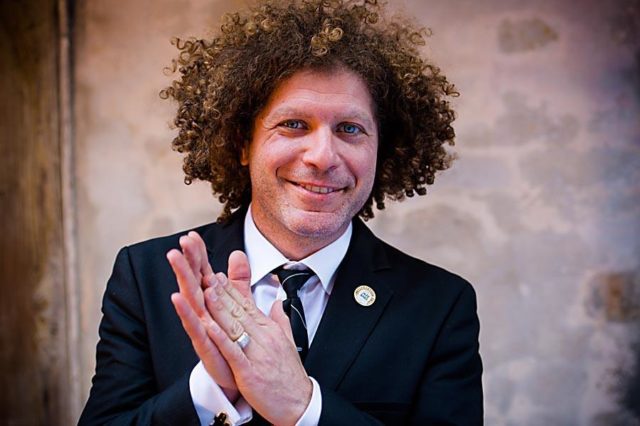 Ben Jaffe is the band leader of Preservation Hall Jazz Band. Preservation Hall Jazz Band was formed in 1963 in New Orleans, where they remain today and is a big part of their DNA. The band was formed by Ben’s dad, Allan Jaffe. Since Allen Jaffe passed away, Ben has taken over the leads and carried on this tradition. Most recently, the band went to Cuba and they recorded a documentary and an album called “A Tuba to Cuba.” We’ve been playing the song “Kreyol.”

Ben Jaffe: I’ve actually been in this deep, deep dive with The Clash.

Ben Jaffe: The last two months I’ve been spending a lot of time with their music, and with their politics and their history. I don’t understand why anybody wouldn’t like The Clash. I associate with them because when people say “punk,” it immediately has connotations, and people have to learn what that means. It doesn’t mean that you’re a snot nosed kid snubbing society. It means, I’m actually for things, I’m not just against things. I’m for human rights, and I’m for people’s rights and I’m for worker’s rights. It’s a huge learning curve, and it continues to be for people who understand truly what it is. I do. I can really associate with The Clash battling this idea that they’re out to destroy the world when really they’re like, “No, we’re here to celebrate the world and enjoy ourselves in this place that is our generation.”

Justin Barney: That’s such a great perspective. I never really heard it put that way, but that is what it is. People that complain about it are saying that it’s anti- this and anti- that, but there really is a strong belief system under that.

Ben Jaffe: There wasn’t a big punk scene in New Orleans when I was growing up, but there was something about them. To me it was like Bob Marley, it was like New Orleans music where it was a celebration of something. The thing that they were against was like, we’re against oppression, we’re against inequality, we’re against you being judgmental towards me for the way I dress or the way I look. And it’s like, yeah, I get that. People make fun of me for the way I dress. Don’t make fun of me, I like the way I look. I mean, talk about Fats Domino, and Allen Touissant and Dr. John. I’m sure if Dr. John popped out on the street in Omaha people would probably think he looks funny. But down in New Orleans we were like, “Man, I wanna look like him!”

Justin Barney: What’s the song that I should play?

Ben Jaffe: Oh my gosh, do I have to pick one?

Ben Jaffe: Truly my favorite song is “Straight to Hell.”