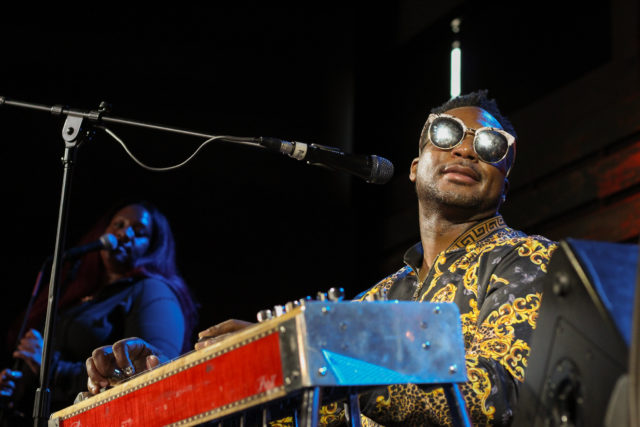 Do you have your phone with you? The question is, what is the song you have on pause on your phone right now?

Really? Why’d you play this?

Ozzy Osbourne, from his… actually, you know what, I’m on that song! We did a collaboration some years ago.

Just checking it out, seeing how it is?

Just checking out how it sounded, like, it’s pretty cool. Ozzy Osbourne and Robert Randolph.

How’d you come together?

You know man, I was done in like 2008 or 2009 and I got a call from Sharon actually, and she was like, “Ozzy wants to get you on his record,” and I was like, “Yeah? Cool, rock on.” You know? We flew to LA and got in the studio with him and [in the tone of Ozzy Osbourne] “Please allow me to introduce myself.” It was like a dark, it’s a dark version.

Really? What are your additions to it?

Are you happy with how it turned out?

Yeah it came out really great, man. Y’all gotta check it out, y’all gotta play it sometime. Play it on the station 88Nine, baby.