5 Songs We Can’t Stop Listening To with guest RZA

5 Songs We Can’t Stop Listening To with guest RZA 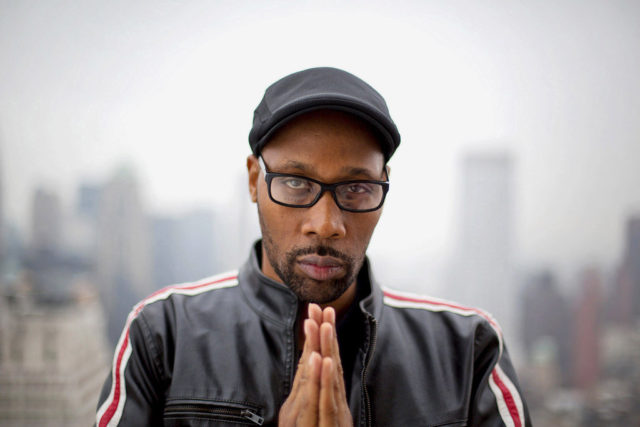 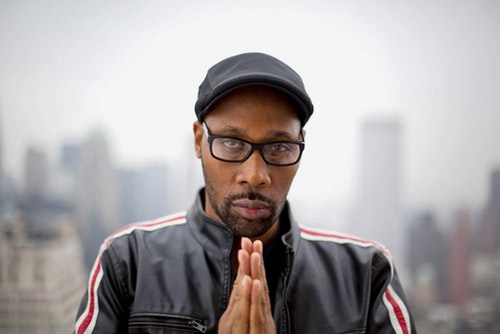 1. RZA picks “Adam and Eve” by Nas feat. The Dream

My guest today is RZA. RZA is a rapper, producer, actor, director, film scorer and intellectual. He is the defacto leader of the Wu-Tang Clan. A legend in every respect.

RZA: Right now the song that’s got me hooked like it’s crack is Nas’ “Adam and Eve” featuring The-Dream.

Justin Barney: What’s got you hooked on it?

RZA: I think it’s the production that Kanye brought to that one. The sample is really cool, the lyrics of Nas give us a view into his life and the growth that he expresses in the song.

He talks about how he would meet girls, bang them in one night, drop a lot of money on them, but then realize that he was actually a victim in all reality and then seeing how he matured over the years.

I think with lyricists like Nas and other hip-hop artists, we are comfortable with discussing our youth and the fun we had in it, but also can give you a mature man’s point of view of how we evolved. “Adam and Eve” touches well upon that.

One song that I can’t stop listening to this week is “Small Victories” by The Lemon Twigs.

I really like bands that “go for it,” and nothing says, “We’re going for it” like releasing your sophomore album as a musical about a chimpanzee named Shane who is raised by human parents, those human parents being Todd Rundgren, who is voiced by Todd Rundgren and the band’s own mom, Susan Hall and having that album be about the trials and tribulations of a monkey raised by human parents. That’s what The Lemon Twigs sophomore album, “Go to School,” is about.

It is loud, it’s over-the-top, its cabaret, it is music as entertainment. But, like any great art, it also shows the humanity in it all through this story. The album is not for everyone, but maybe. I could pick anything from this album, but I’m going to pick the song, “Small Victories.” It’s one of the most playable songs in a radio sense and it’s a ditty in the truest form. It’s part of a larger picture of a whole that you should definitely listen to if this is your very specific thing, which it is mine. 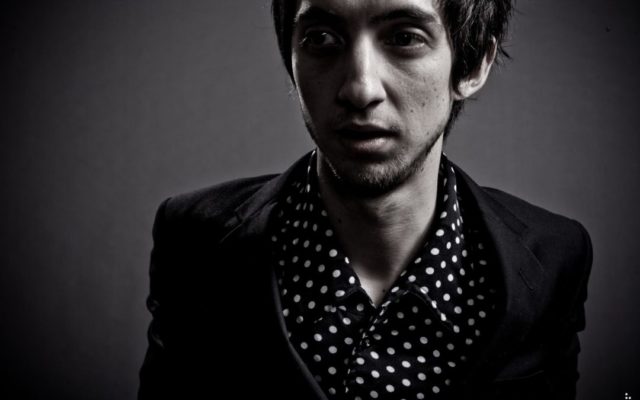 Our guest today is Cole Cuchna. Cole Cuchna is the host of the Dissect podcast. It’s a long form musical analysis that is broken down into short, digestible segments. Cole has dissected Kendrick Lamar’s, “To Pimp a Butterfly,” he’s done Kanye West’s, “My Beautiful Dark Twisted Fantasy” and season three was all about Frank Ocean’s, “Blonde.” He does an incredible job with these. He also just did an event here at 88Nine where he dissected Kendrick Lamar’s “To Pimp A Butterfly” live. My guest today is host of the Dissect Posdcast, Cole Cuchna.

Justin Barney: Cole, what is one song you can’t stop listening to?

Justin Barney: Why you listening to that?

Cole Cuchna: So, for my upcoming season on Dissect, we are going to do a mini-series on “The Miseducation of Lauryn Hill,” so I’ve been listening to the album pretty much non-stop as I finish up my season on Frank Ocean. Just kind of preparing for what will be like six episodes dedicated to, “Miseducation” in celebration of her 20th year anniversary.

Lyrically I think it gets to something pretty prominent on the album which is this idea of authenticity.

And her trying to discover in her own self but also what she sees in the world as inauthentic. So this is speaking to, you know, the first verse is about women that are chasing money and the second verse is about men flaunting money. She sees these things as inauthentic and getting in the way of what is real.

Justin Barney: So what does she see as being truly real?

Cole Cuchna: I think the biggest through-line is just love.

Love of self is a big one that she comes to understand about herself and just having the confidence to be able to do things on her own, without the influence of others.

But also love for everyone that she encounters. And her striving to have that kind of harmony in her life. I would say that is the big thematic trajectory of the album is that discovery.

Justin Barney: Yeah. Why do you think this song has endured?

Cole Cuchna: Every time I hear it—I mean just from that piano opening—it just makes you feel good. But it also has a great message. The horns come in. It’s such a masterful song. I think it’s production is undeniable.

It would be really hard for someone to dislike that song. I don’t see how you could do it. [laughs]

Marcus Doucette: I don’t know if you know this, but I recently got away from everything here and went down south. I actually didn’t got to the American South, I went way down to Central America. I spent a few days in Guatemala. I had never been to Guatemala, and I got a chance to check out some stuff. I went to come cities, and more importantly, went out into the countryside and saw what it’s like to be surrounded by Mayan culture. The people that live there are, for all intents and purposes, Mayans. The same Mayans who had the empire way back in the day and unfortunately, have a much different situation right now.

I actually didn’t find any music while I was there. But because I was there, I ended up discovering a musician who, as it turns out, has roots that are really close to where I was at. I was based in Lake Atitlán, which is this lake in Guatemala and apparently just a two or three hour bus ride over is this town called Quetzaltenango. That is where this artist whom I discovered is from. So I feel like he’s from the same area that I was visiting, even though I didn’t encounter his music there directly. His name is Doctor Nativo, which sounds like he would make soap in the jungle and sell it or something, but no. This is a really cool dude who has roots, obviously, in Guatemala. Guatemala had this bloody, bloody civil war and his dad supported the rebels, who were located in the jungles and in the bush and that’s kind of in that region. His dad was assassinated at some point and that affected him deeply.

He would go on to become a musician, and he would travel the world, India, Europe…He settled down in Barcelona and started busking there and I can just feel his influences. When he finally gets back to Guatemala he does this shamanic session and discovers his totem animal and really rediscovers his Mayan roots in the truest sort of way. But it’s informed by some of the stuff that he picked up on the streets of Barcelona, specifically the sorts of sounds that you’d hear in an artist of a similar ilk, like Manu Chao. So he’s got that going on, and then he’s blending it with these Guatemala rhythms from marimbas, which is a xylophone-like instrument, and he’s also fusing it with reggae and he’s just a free spirit.

I love his approach to music. It’s very fun, it’s very playful. It is a lot like Manu Chao but in a distinctly, and more importantly, Mayan way. Because he comes from rebels, I think that his music speaks directly to the Mayan youth, so they can be a little bit more confident with who they are as they move through this world that is so different than their traditions. It’s just really interesting, and it’s fun music, is the most important part. He’s got a new album that is just about to drop. Everything came together for me: discovering him, his new album and hopefully I’ll play more of him. The song is from his new album, “Guatemaya” — get it? Guatemala…”Guatemaya.”

Justin Barney: I got you.

The final song this week, one that I can’t stop listening to, is “Yabaal” by Dur-Dur Band. The Dur-Dur Band is a band that was around in the mid-80’s in Somalia. This is Somalian funk from the late ‘80s, but it is new because it is being reissued by this great reissue group called Analog Africa that is out of Germany. I listened to this song for the first time, and I was like, “Man, this is great.” It’s super funky, it’s got this great synth, there’s a lot of mixtures of different genres involved in here, it reminds me a little bit of William Onyeabor.

Then I was reading into the story and it starts with the head of Analog Africa reading a blog of musicologist John Beadle, who is from Milwaukee. John Beadle, this guy is in Milwaukee, he used to work at Harley-Davidson and had this great music blog called Likembe blog where he uploaded cassettes of African music. The guy from Analog Africa would go on this website and he got interested in this band, and then followed them, went to Mogadishu, found the history, brought up these two albums from this band from Somalia, and his now reissuing them on his own label out of Germany.

The story of the Dur-Dur Band is great, and you should look into it yourself. It’s a wonderful story, but for me the story is John Beadle. It’s discovering this band that made funk in Somalia in the late ‘80s because of this record label, Analog Africa, from Germany, who found this band through a blog run by a guy in Milwaukee. I was telling Marcus about this and he said, “It’s weird how world music can take you to Africa, to Germany, only to bring you right back to your backyard here in Milwaukee.” For me, that’s the story. But the story is also that this song is great. It would be all for naught if this song wasn’t great.