Shakey Graves discovers Beck is behind the genius of ‘Scott Pilgrim vs. the World’ soundtrack

Shakey Graves discovers Beck is behind the genius of ‘Scott Pilgrim vs. the World’ soundtrack 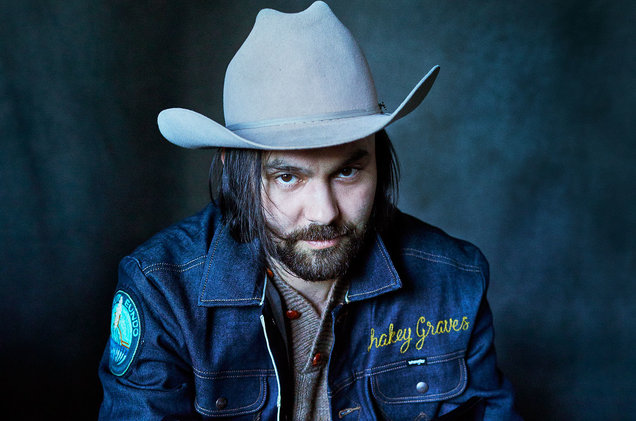 My guest today is Alejandro Rose-Garcia, aka Shakey Graves. Shakey Graves is Alejandro from Austin, Texas. He has released a handful of albums, which we absolutely love. In 2018, he released the album “Can’t Wake Up.” He dropped by to visit me in the studio.

What song is on pause on your phone right now?

[Laughs] The song that’s on pause on my phone right now is “Summertime” by Sex Bob-Omb, which is the fictional band from the “Scott Pilgrim vs. the World” soundtrack.

That’s great, let’s talk about that.

I’m looking up who Sex Bob-Omb is. I love that movie anyway, but I’ve always been blown away by the soundtrack and the original songs that are written for it. If you just play them alongside other songs, people will be like, “Cool garage band, who is this?” I’m like, “It’s the Scott Pilgrim soundtrack.”

I’m looking up who did it, and they’re all made by some guy.

Oh, its not individual bands? It’s like one dude making up different styles?

[Checking his phone] …Is it Beck? No way.

That would be something. Do they have it listed as his birth name?

I’m pretty sure, because it sounds like my favorite Beck album, which is “One Foot in the Grave,” which is not related to my name being grave shake man, but that record has had a huge influence on me. And it’s really grungy and crazy — gosh, who did this? I’m looking it up.

This is what username EricandtheLegion is telling me: “Beck wrote music for Sex Bob-Omb, but most of his other music doesn’t sound much like it. He based their sound on two Japanese bands, Guitar Wolf and Teengenerate…” Guitar Wolf is dope.

I guess it’s Beck. I’m secretly listening to Beck via a fake band. The Scott Pilgrim soundtrack, I’m not gunna lie, is a good soundtrack. Sometimes, when a band is supposed to be a good band in a movie, their song is good enough, you know? But its actually pretty convincing in that where it’s like, “Wow, you’re in a cool band.” So his fake band in this is awesome.

What’s the name of the song?

The one that I was listening to is called [sings] “Summertime.” That’s how he sings it.