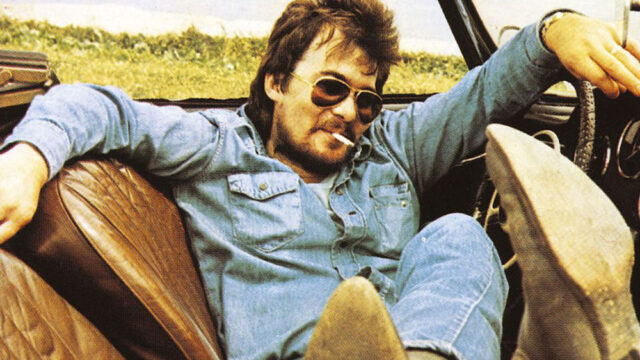 It’s hard to rhyme the word Milwaukee. It’s three syllables. Lots of mouth movement. Kinda clunky. And yet, to us, it’s the word we love hearing the most. I was listening to “Si Se Puede” by Antibalas and the lead singer says “Milwaukee!” and my reaction, as it always is when Milwaukee is mentioned in a song is, “OH HELL YEAH! MILWAUKEE REPRESENT!”

Over the years quite a few musicians have name dropped our city in their songs. So we made a list of songs that name drop Milwaukee. Here are some highlights.

Definitely one of the most high profile Milwaukee name drops of all time. Line:

“Treat you like you’re from Milwaukee, send you Green Bay Packin”

We appreciate that Nelly understands the Packers influence across the state. This song also falls in the broader category of Milwaukee name drops in songs: sports. Other musicians are quick to put together the double meaning of a Milwaukee Buck. Migos drop “You know I got bucks but not from Milwaukee” in “Wrist Game.” Migos actually rep the city almost more than anyone, mentioning us in “Walk It Talk It (feat. Drake)” in the line “Watch it buck, no Milwaukee” and in “Came from Nothing” with the DEEP MKE Bucks bench reference to O.J. Mayo, saying “I’m getting Milwaukee Bucks, O.J.Mayo.” Bucks also get the nod from Anderson .Paak in “Chosen One“: “Who gon’ Keep it buck like Milwaukee.”

Line: (Chance the Rapper) “I got family in Gary and STL, I got cousins in Milwaukee.”

Who are these cousins? If you are cousins with Chance, let us know. This song also falls into the larger category of Milwaukee name drops: people. The line in this song could also be a reference to the Ella Fitzgerald song “My Cousin in Milwaukee” in which an influential cousin in Milwaukee, USA, is a “positive sensation” on the stage and off. This cousin serves as an inspiration for what would become Ella’s style and grace. The song was written by Ira Gershwin, so it’s unlikely that this is a reference to a particular person although the sentiment is wonderful and we will take it. Other singers mention people they met in Milwaukee. In Jen’s Lekman’s “Forever Young, Forever Beautiful,” he starts “In Milwaukee, I met a mountaineer who told me…” and then the whole song is basically this wonderful story from this man in Milwaukee about how he has guided a woman to the top of a mountain where her husband had perished but was preserved, forever young and forever beautiful by the permanent cold of the mountain top and the relationship that they had had together.

Although Tom Petty claims to be “the King of Milwaukee” in his song “Honey Bee,” I think we should give that title to John Prine. The singing postman, who walked the streets of Chicago also had a soft spot for Cream City. He mentions Milwaukee in three songs at least. One example is “Milwaukee Here I Come,” which was written by Lee Fikes and performed frequently by country duos Dolly Parton and Porter Wagoner AND George Jones and Tammy Wynette. However Prine recorded it and performed it frequently, I like to think, likely out of his fondness for our home. Prine also uses Milwaukee’s pointy syllables and it’s similarity to the Hawaiian alphabet to use it in a verse where it actually feels like it fits in his song “Let’s Talk Dirty in Hawaiian” saying, “Aloha Old Milwaukee, hello Waikiki” but Prine’s most famous ode to Milwaukee is in one of his all-time great songs, “Please Don’t Bury Me.” In the song he dies and instead of being buried in the cold cold ground, he wants to give his body away, bequeathing Milwaukee his stomach, in case we run out of beer. It’s not a line that should have me crying, but Prine died this year, and here I am.

This song falls into the larger category of Milwaukee name drops: beer. If there is one thing Milwaukee is famous for world wide, it’s brew. Most famously remembered in Jerry Lee Lewis’s song “What’s Made Milwaukee Famous (Has Made a Loser Out of Me.)” It’s a song that has been covered far and wide by the likes of Rod Stewart, Eric Church and others. But my favorite song about beer and Milwaukee is David Allan Coe’s “Juanita.”

Apparently, the story is that David Allan Coe had a spot that he liked to hang out in the Florida Keys. At this spot he would drink and play music and, occasionally, invite some friends over. David Allan Coe was in the outlaw country crowd, and, weirdly, children’s poet Shel Silverstein was part of this crowd. He wrote “A Boy Named Sue” for Johnny Cash and “The Taker” for Waylon Jennings, among others, and on the beach in the Florida Keys Shel Silverstein played this song for Coe as a joke but Coe loved it so much that he put it on his album, “Tennessee Whiskey” and later on his “Greatest Hits.” It’s a song about a man who is on the lam and is trying to convince his sweetheart, Juanita, that they should move from Mexico to Milwaukee. To persuade her he tells here that Lake Michigan tastes like tequila frijoles. And all of Milwaukee speaks Spanish. He really sells it.

The incident in question: Allin’s 1989 show at Odd Rock Café where he took a shit on stage and then threw that shit at the audience. This was a pretty standard stage move for Allin at the time, nonetheless, it must have been pretty shocking for the audience and the owner, Jack Koshik, who came in and stopped the show. Later Allin was charged with disorderly conduct and public indecency and was sentenced to 90 days in prison, a $1,000 fine, and a warrant for his arrest.

There are many MANY other songs that mention Milwaukee, including some of the best by Bon Iver, Freddie Gibbs and tons of others. I made a playlist here with a lot of them. It is by no means exhaustive and I’m sorry if I missed your favorite, but hopefully you can listen along and when Milwaukee is referenced, put your fist up and yell, “OH HELL YEAH! MILWAUKEE REPRESENT!”