Spoon’s Britt Daniel talks about his favorite album of the year, ‘Lux Prima’

Spoon’s Britt Daniel talks about his favorite album of the year, ‘Lux Prima’ 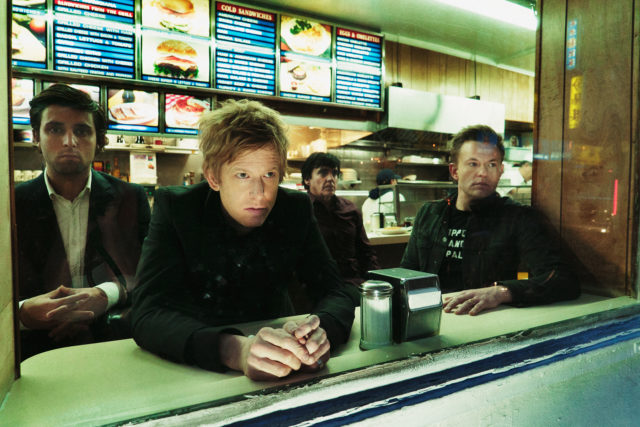 My guest today is Britt Daniel, the lead singer of Spoon. Spoon is a band founded in Austin, Texas in 1993. They have released album after album and have had hit after hit. So many hits, in fact, that they have just released an album of greatest hits. It’s called “Everything Hits at Once: The Best of Spoon.” We are playing the new song from that album right now, called “No Bullets Spent.”

Justin Barney: Can we talk about what you’re listening to now? What is the last song you couldn’t stop listening to?

Justin Barney: Why is that your favorite album of the year?

Britt Daniel: It’s just the one that I’ve listened to the most. It has an emotional impact on me. I love that the record starts off in one direction, you think it’s going to be an ambient or spacey type record, and then after two songs it veers off and goes in this whole other direction. I love that about it. I don’t think people are making records like that anymore, where they are sequenced to surprise. It has some fantastic songs on there. These melodies seem like they’ve existed forever, I don’t know where they came from.

Justin Barney: “Sequenced to surprise.” I love that. With Danger Mouse, everything that he touches just clicks for him.

Justin Barney: And with Karen O at the helm, too. You can’t mess that up.