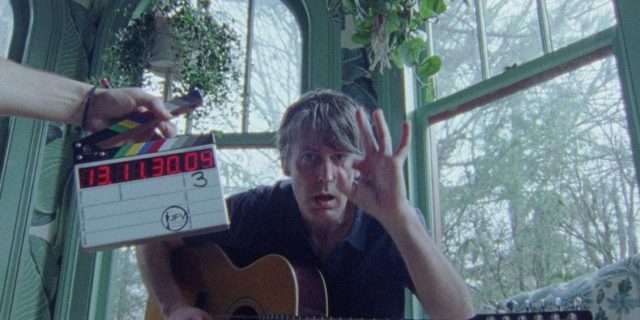 1. Stephen Malkmus picks “You Know You Know” by Pusha T

Author Chuck Klosterman has called Stephen Malkmus’ band, Pavement, “the greatest, indiest band of all time.” He has also been in the band Silver Jews, and has been with his band, Stephen Malkmus and the Jicks, for quite a while now. Their newest album is called “Sparkle Hard.” We have been playing the song “Middle America” on 88Nine.

Justin Barney:  What’s one song right now that you can’t stop listening to, or have been listening to a bunch recently?

Stephen Malkmus: In general? We were on the road, I like that Pusha T song “You Know You Know.” It’s produced by Kanye West. Played that a few times.

Justin Barney: I don’t know if you would strike me as a Pusha T fan.

Stephen Malkmus: I’m an everything fan. I’m just thinking of songs that entertain me that I’ve liked recently.

Justin Barney:  Let’s key in on that. What entertains you about that Pusha T song?

Stephen Malkmus: Well, first of all, it’s really catchy and I like the beats. And I don’t know, it’s a fun song. What can I say. You know you know.

Justin Barney:  If you know, you know.

Stephen Malkmus: I know. Like so many suburban white rap fans, I know too, you know. I really relate to what he’s saying about being a drug dealer, you know? It speaks to me.

My favorite part of this song is where the different ways she says “nobody.” So… just… let me get on the phone here

Justin Barney: Hi Mitski, this is Justin. My favorite part about “Nobody” is the annunciation of “nobody” and the iterations of the number of times that you say “nobody.” What is the thought process there? You say it in so many different ways.

Mitski: Well, I am glad you noticed that. I don’t think many people would have. I did do that on purpose, which makes me happy that you noticed it.

It’s one of those things where you gotta keep it interesting, especially if you’re repeating one word over and over. And in today’s world, you know, so many vocal recordings are kind of cut-and-paste. Choruses in pop songs are just the same vocal recording repeated three times or twice or whatever.

And also, I get bored. I get really bored and I need it to be different each time.

Nicholas Kivlen: The one song that we’ve been playing over and over on this tour in the van is — I’m almost embarrassed to say it, but it’s a great song — it’s “Ghost Town” by Kanye West. Off his newest record.

Justin Barney: Don’t be embarrassed. There is no embarrassment.

Nicholas Kivlen:It’s just everybody is probably saying the same thing. It’s an amazing song. It’s super anthemic. It’s my favorite one off that album. Probably my favorite Kanye song in general.

Justin Barney: What makes it stand out of all the Kanye tracks?

Nicholas Kivlen: It’s just a great sample. I love Kanye’s singing voice, and then the feature at the end, so far, is like my “musical moment” of the year. I think it’s by 070 Shake (if that’s how you pronounce her name) and I had never heard of her until she did that feature.

And it just feels the most like something from his classic work that we all really like.

Justin Barney: I am here with DJ Kenny Perez

Justin Barney: So tell me about Jay Rock. I’ve been hearing about Jay Rock, like, bits and pieces of it all over the place. Give me the story.

Kenny Perez: Well what I know about Jay Rock — he’s on his third album — he’s off of TDE, Top Dawg Entertainment, of course. And we all know that Kendrick is on there. And he is the –no, not just Kendrick, he’s Pulitzer-winning Kendrick.

Kenny Perez: So he’s doing his thing, he’s on his third album and he’s waited patiently to come up. This third album is his time. And it’s dope. And I’m calling it now, it might be Grammy-worthy.

Justin Barney: Alright, so, what is — what’s your song?

Kenny Perez: What I like about the song is, right in the beginning is a really cool sample from an old John Wayne film called “True Grit.”

Justin Barney: Have you seen it?

Kenny Perez: I know of it.

Kenny Perez: But definitely that sample and it just goes into, you know, he’s just talking about winning and he’s talking about, like — it’s basically about winning and not letting get anyone get in your way, or bring you down. It reminded me of kind of, like, the Luda song — “move, b, get out the way” that kind of thing. And it makes me — it makes you jump, man. Put your windows down in your car and just point at people, and right now, you’re going to get out of my way and I’m going to do this — let’s go.

5. “I Went on a Solo Australian Tour” by Walter Martin

So, Walter Martin used to be in the band “The Walkmen.” And a couple years ago The Walkmen broke up and the individual members started making solo albums. Hamilton Leithauser has made a few, and so has Walter Martin. Now, The Walkmen’s sound was kind of dark and brooding, but Walter Martin’s music couldn’t be farther from that. They are wholesome, light, conversational, and funny.

I am in love with every album he puts out. And it always feels like he doesn’t get the press that he deserves, so I feel that it is my fan duty to talk about him.

So he just released this album called “Reminisce Bar and Grill.” This is the song that stuck out to me the most.

In this song he just tells you about his life. He’s got this great device in there where there is a chorus and he talks to, essentially, himself. You know he is writing both of these parts, but it feels like a normal conversation. I really really love this guy and this song.