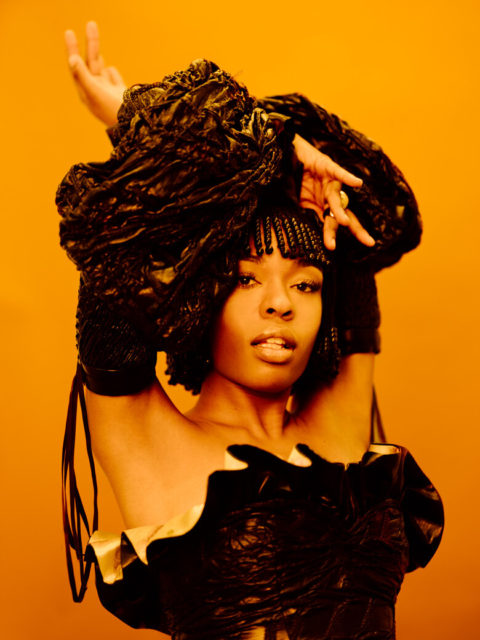 My guest today is Sudan Archives. Sudan Archives is the project of Brittney Denise Parks. She’s a violinist by trade but she makes amazing music that is unlike anything else being made right now. Her new album is called “Athena.” We’ve been playing “Limitless.” I caught her at her home in L.A.

What is the last song you couldn’t stop listening to?

Hmmmm. You know who I always end up listening to?

Why do you say that with such shame?

I don’t know. I feel like I don’t listen to a lot of music. Usually what I’m listening to is like Tibetan sound bowls or ambiance music. I like to just play sounds of nature in my house. And I just listen to that, but sometimes I always end up going to Frank Ocean.

What is it about Frank Ocean? Because, I mean, you’re not the only person…

It’s the same reason I like Francis Bebey. Francis Babey was this African electronic producer and singer. And they have totally different sounds, but they both tell stories in a really minimal way.

They are great story tellers, and then the production is very minimal.

Cause, I love string music. So he always uses guitar. Then the bass comes in. Then ambient synths. You can like, count the parts in the song. You don’t have to be like, “There is a lot going on here and this is song psychedelic crazy sh*t.”

And I think that’s why I like it, because it reminds me of the healing music that I play in the house. It’s a constant ambient sound and I think he has that in his music.

What is your favorite Frank Ocean song?

I used to be the type of person who doesn’t even know what people are saying. Mostly words don’t connect with me at first, so maybe it’s the production of that song that really caught my attention. And then in his lyrics he uses a lot of metaphors. He compares a woman ot a pilot and then Forrest Gump. And I feel I do that too in my music, like “Iceland Moss” and “Oatmeal.” They are kind of coded in that way.