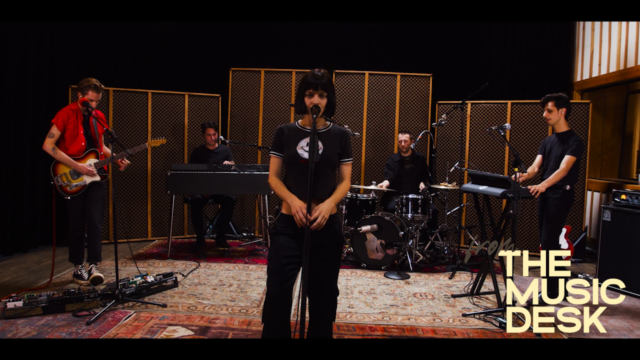 Before moving to L.A., Maria lived in Atlanta. Her dad had moved her from Puerto Rico, where she was born to Atlanta to find work fixing cars as a mechanic. After going to school Maria got a job at an advertising agency. One year for Halloween the agency had a costume contest for employees. The contest had a grand prize of $5,000. Maria went all out. Playing into her crowd, she dressed as a “target market,” and built an elaborate experience of a costume including a fruit stand made out of wood and fake money. She won the contest. She took the money. She bought a car. She quit the job. She moved to L.A. She founded The Marias.

For this special, I went to The Marias’ home turf of Los Angeles. We recorded these songs and interview at Gold-Diggers, the studio/bar/residency where Leon Bridges recorded his new album, “God-Diggers Sound.”

This is the 88Nine Radio Milwaukee Radio Special with The Marias.