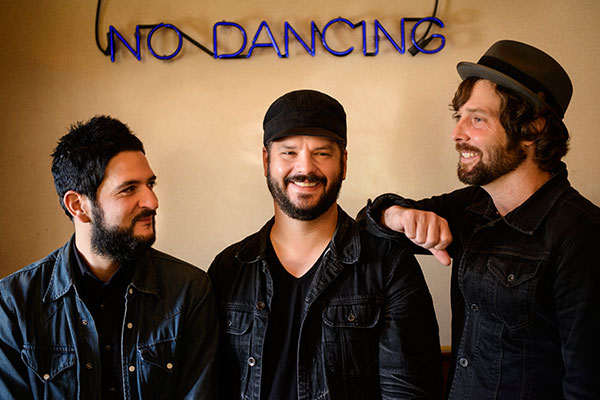 Our guest today is Chris Vos, lead singer of The Record Company. They have a new album coming out called, “All This Life.” We are playing the song, “Life to Fix.” They will also be headlining Harley Davidson’s 115 Birthday Party on August 31st. Returning to 5 Songs is Chris Vos.

Justin Barney: Chris, what is one song you can’t stop listening to?

Chris Vos: One song that I cannot stop listening to is a local Milwaukee act that I hope isn’t a local band for long and turns into a regional, national and international band, which is Buffalo Gospel.

“On the First Bell” is the record and “High Time to Hang Fire” is the name of the song.

One of the reasons why I can’t stop listening to it is that I’ve been a fan of Ryan, the singer and writer for Buffalo for years. We go way back. And he wrote that song and a lot of that album in tribute to our mutual buddy Josh Tovar, who I played with in a band for seven years called Freshwater Collins, and passed away several years ago from brain cancer.

I was a fan of the last couple Buffalo Gospel records, but I really feel he went to a new level here.

So, both for a sentimental tribute to a dear buddy and the fact that this is fantastic music and Milwaukee music. 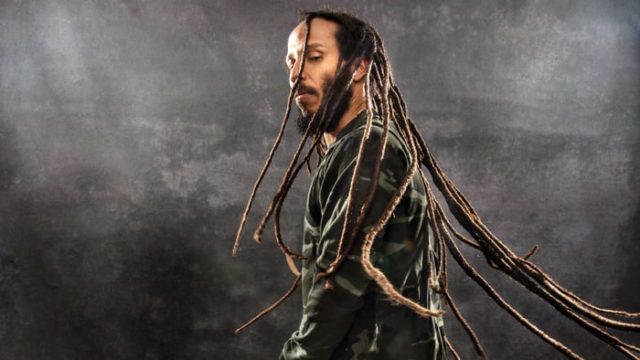 Justin Barney: What is a song right now that you have been listening to a lot recently, or that means something to you?

Ziggy Marley: Well, I’ve been listening to Kendrick Lamar a lot. I like Kendrick Lamar. I like “HUMBLE..” I think there’s honesty in him in how he comes across, how he expresses himself.

He’s not the typical stereotypical image of what a rapper looks like, or would be or how he sounds. I like that truth. I think he speaks truth. I think his voice is truth. I think he’s not pretending to be something that he’s not, so I respect that and I love his words and his music. You know?

Justin Barney: Yeah, there’s definitely an honesty there, you know?

Justin Barney: How can you tell the honesty? That’s something that everyone tries to be. How does it show itself- that something is real?

Ziggy Marley: I think it depends on every individual’s antennas- how sensitive their antennas are to these things. There are artists who cannot be real and still come off as real, but my antenna is very sensitive. So that’s just how I am. I can say, “Alright. I hear this artist.” I have a good feel for people, I would say. That’s how I feel when I listen to Kendrick and I might not feel that way when I listen to somebody else because my antenna is not picking up that honesty in it, but with Kendrick it does. 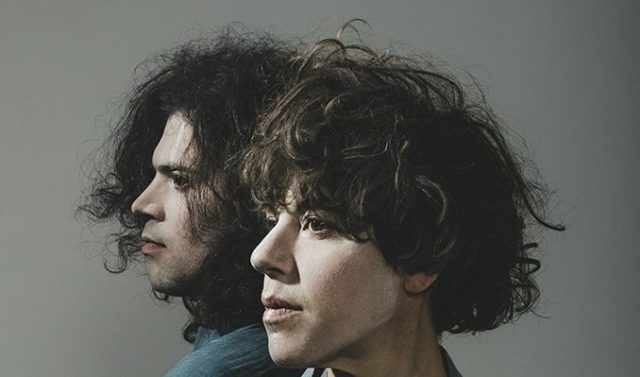 Our gust today is Tune-Yards. Tune-Yard’s music is a mixture of world music, electronic loops, and everything that is weird and fun. Their new album is “I can feel you creeping into my private life.” My guest today is Merrill Garbus, lead singer of Tune-Yards.

Justin Barney: Merrill, what is one song you can’t stop listening to?

Merrill Garbus: I am currently obsessed with Debbie Friday. She’s a musician out of Montreal. There is this song called “Medusa” from her that is amazing.

Justin Barney: What’s amazing about it?

Merrill Garbus: It’s rare to have the experience, but sometimes you get exposed to an artists that has created a world. I think that’s what I’ve always strived for, so when I see it in people I’m really drawn to that. Where they don’t sound like anyone else. They pull you in with every element of the production.

I think particularly because I get met with this, “Well, there isn’t a lot of female-identifying producers.” I think that was a myth that I kind of internalized for a long time and it is so simply not true.

Debbie Friday is a DJ, producing her own music. So being able to understand that this is a world totally created on her own and by herself. I don’t know a lot about her, but that track “Medusa” became a run-on-the-treadmill-in-the-hotel-gym song because it’s completely infectious and danceable. 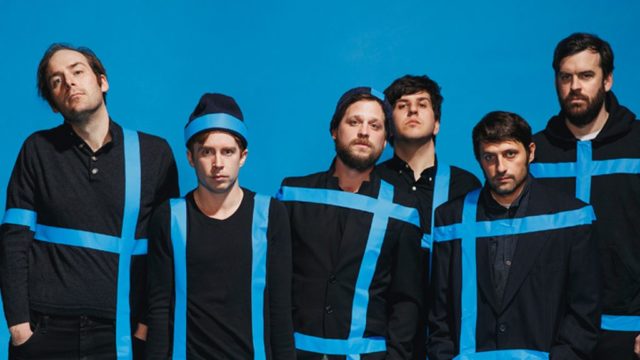 4. Dr. Dog picks “Make a Heaven out of Hell” by Floating Action

This is 5 Songs We Can’t Stop Listening To, and my guest today is Dr. Dog

Dr. Dog is a band from Philadelphia, Pennsylvania. We’ve been playing Dr. Dog since day one on 88Nine. They have a new album out that we’re playing called, “Critical Equation.” The song that we’re playing is called “Go out Fighting.” I’m here with Scott McKinnon, who is lead singer of Dr. Dog.

Justin Barney: Scott, what is one song that you can’t stop listening to?

Scott McKinnon: As of recently, one song that I can’t get enough of is a song by a band named Floating Action. One of his most recent albums is called “Is it Exquisite?” He’s got a ton of albums and they’re all exquisite, including that one.

There’s this one song on the album called, “Make a Heaven out of Hell.” It’s just this glorious, beautiful song.

Scott McKinnon: Well, it’s really slow, ethereal and beautiful. It just has this feel to it. One of my favorite songs ever is “Whiter Shade of Pale.”

Scott McKinnon: Yeah! It’s that undeniable transcendent feel to it. It’s like, no matter when you hear it or where you are, it feels like the credits are rolling or something. There’s some punctuality that comes with that song, it makes all of life afterwards hard to imagine. It’s just this all-consuming feel, not to be too lofty about it, but it just has this quality to it.

There are very few songs that touch on that particular feel. That slow, but really open and large ethereal feel. That was the first thing that stood out in this, “Make a Heaven out of Hell” song by Floating Action. It’s just a beautiful song, a beautiful sentiment. 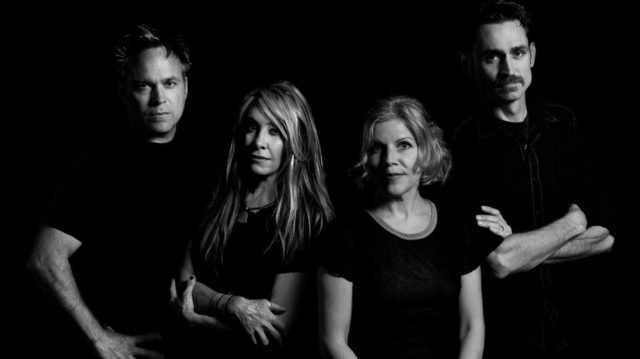 This is Five Songs We Can’t Stop Listening To, my guest today is Belly.

Belly formed in Rhode Island, in the early 90’s. They’re debut album in 1993 was huge, monumental. The song “Feed the Tree” was on MTV, it was everywhere. They released another album in ’95, and then they broke up. And now, twenty-three years later, they released a new album. It’s called “Dove,” we’re playing the song, “Shiny One.” My guest today is Tonya Donelly, lead singer of Belly.

She just a great songwriter. I love it when there’s a young woman out there that I can connect with.

I just find her stuff really smart, funny, and exciting. It was the lyrics for “Motion Sickness.” It has real emotion depths, and it’s really an intelligent song, but it’s also funny and that’s really hard to pull off.

Tonya Donelly: So respect, major respect for her.

Justin Barney: I feel like that’s the hardest thing to do in songwriting, to have something that is deep and meaningful, but also light. You know, to have a sense of humor about it.

Do you keep that in mind when you’re writing?

Tonya Donelly: I don’t keep anything in mind when I’m writing. I’m a much more visceral writer. So, I’m somewhat unplugged when I write.

Justin Barney:  Well, we could talk all day, but we should get to the song. This is “Motion Sickness” by Phoebe Bridgers.