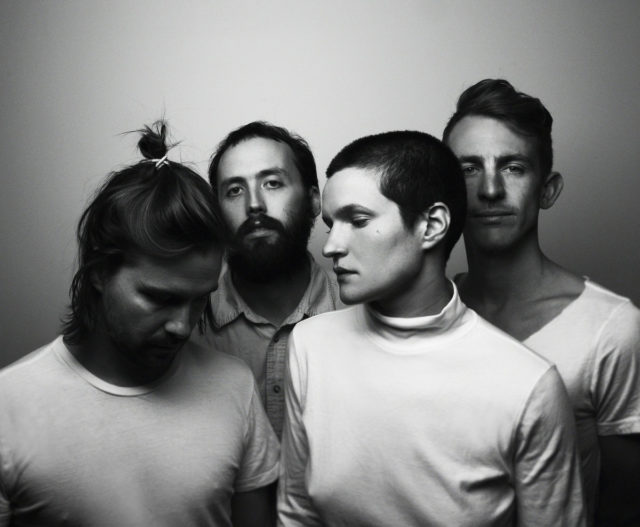 Hey, Justin Barney here. This is a list of the songs that I felt were the best songs of 2017. It’s not a perfect list. Like all music, it’s based on my individual taste. So take it with a grain of salt, and I hope that you love these songs as much as I have.

Superorganism was my surprise debut of the year. Despite not even releasing an actual album or even an EP, their single “Something For Your MIND” makes it into my Top Five Songs of The Year. The production on this song is unpredictable. There are big highs and lows in production, giving huge sonic payoffs that feel really satisfying. And then there is Orno, their lead singer’s delivery. In an interview she told me that she was directly ripping off Stephen Malkmus, so it’s kind of a sing/talk delivery, but Orono is a 17-year old girl, so it’s got this great contrast of super busy production and then a humdrum bored kid delivery that just kicks ass.

I was afraid of the LCD Soundsystem reunion. I mean, they made a pretty big deal about their break up. “The Long Goodbye,” a sold out show at Madison Square Garden with a dress code of black, white, or black and white. After it they released a 5LP boxed set of their final show for $150 bucks. I bought it. When they announced the comeback I thought it might have been just because James Murphy was bored or lonely, not that he actually had good music that he wanted to release.

But I was wrong. In May they released the first two songs. “Call the Police” the single. And “American dream” the sad song b-side.

I was in love. I am in love. American dream is a waltz into the abyss. Tortured, sad perfection.

Father John Misty released the album “Pure Comedy” in 2017. The album was a little long, and maybe a touch too cynical, but I think that he is covering topics that other songwriters aren’t even considering approaching. It’s interesting. And I think that puts him in a league of his own.

In the song “Pure Comedy” the approach is that you are something like an alien, approaching earth and the song is letting you know everything you need to know about he people on this planet before you land.

It starts with a joke, our heads are too big for our mothers hips. Natures first cruel joke. And then it’s the world as seen through the eyes of Father John Misty, deeply cynical and tragic, but ultimately it’s all we got., and the song ends as a message of hope.

“Bobby” is heartfelt. And that’s what counts. If music or art is some kind of search for capital T Truth, it might be found somewhere in the strain of Alex Giannascoli’s singing, “I’d leave him for you, if you want me to,” in this song.

That voice, surrounded by lilting violin, crying guitar, broken down banjo, and a mirroring vocal from Emily Yacina, made the heartbreaking, “Bobby,” feel like a secret your friend tells you late at night, or something you hear between the cracks of a wall. It’s so personal it hurts. And that’s what makes it so powerful.

Writing most of these blurbs about my favorite songs of 2017 has been a breeze. I’ve been listening to them all year, I’ve already written about them, I’ve had time to process, so it has just been flowing out. But I’m still processing this song.

I think the singular thing that really makes it work for me in the momentum. It starts with almost nothing and by the time she gets to “push your gin Jacob with the tired wire brandy look” It’s a march.  It’s an inspiration. It gives me goosebumps every time. It’s my favorite song of 2017.