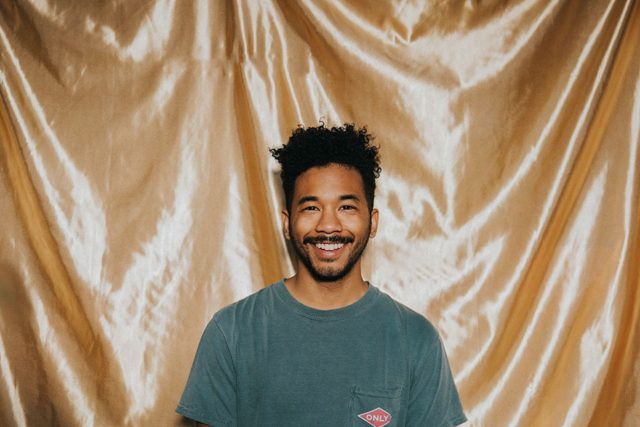 My guest today is Chaz Bear AKA Toro Y Moi.  Chaz is from Oakland, California. We’ve played just about everything that this guy has released. His new album is called “Outer Peace.” We’ve been playing his new jam “Freelance.” he is coming to Milwaukee to play at Turner Hall Ballroom on October 31.

Justin Barney: Chaz what is the last song that you couldn’t stop listening to?

Chaz: “Couldn’t?” As in I wasn’t allowed to stop listening to? I don’t know, cause I was just in rehearsals for the past ten days for ten hours a day learning all of the album, so that’s all I have been into right now. Thats all thats been entering my ears is all this new Toro stuff. But other than that I’d say I have my staples I usually go to in between practices and stuff. I’ve been really into this guy I found, his name is Steve Roach. It’s really weird ambient electronic type stuff from the ’80s and ’90s. Yeah, it’s just some stuff to decompress to.

Chaz:: Ambient music is so far out that it’s almost not even a genre. I guess it’s surprising that they had to just name it that, but like it can be so many different things. And that’s the thing, there’s not just long sustaining notes of pad sounds and stuff, it can be textures if it wanted to be. That’s what really draws me to a lot of the music I make. I usually start with the space first.  Say I have the drums and the next thing that’s coming up for the chords or the notes –  it’s usually the ambient notes that come to me first instead of the bassline or just straight forward chords.

Justin Barney: Could we cue in on a specific song?

Chaz: I think I’m gonna go with “Reflections” just because the title and really they all have the same sort of vibe, you’ll feel like you’re falling in slow motion. But “Reflection” is a great title, that’s probably the song I’d choose.

It’s actually playing right now in the background of this phone call… I don’t know how that happened but that’s pretty tight.

Song two this week is my pick, one song I can’t stop listening to is “Nightshift” by Lucy Dacus.

“You’ve got a nine to five so I’ll take the night shift.

And I’ll never see you again if I can help it.

In five years I hope the songs feel like covers.

Break my heart Lucy Dacus! The way that she sings it, by the end, by the last go around she is BELTING it as loud as she can.

When I was listening to this last week I was doing laundry at the Maytag on KK in Bay View and I walked out of the laundromat in order for me to yell, “SO I’LL TAKE THE NIGHT SHIIIIIIIIIIIFT.” And just let that line LOOSE.

So I hope that you love this as much as I do and go back and listen a million times and belt it outside of laundromats across Milwaukee. 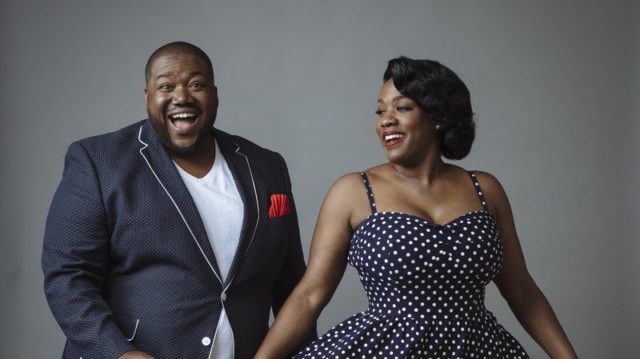 3. The War and Treaty picks – “I Can’t Stop Loving You” by Ray Charles

Justin Barney: Okay you two, what is one song you can’t stop listening to?

Michael Trotter: I can’t stop listening to “I Can’t Stop Loving You” by Ray Charles. And just those old school singers and just everything the tempo meant. Knowing his own personal struggles in life. It just speaks so much to me. The strings and the orchestration, the horns. Everyone was just talking to one another like they couldn’t do without the other. I saw his song.

Justin Barney: And what do you think of that song?

Tanya Trotter: I love it. I love classic music too. I love the Ray Charles era. I love Mahalia Jackson. You all were just playing some calypso music back there and I wanted to ask, “Who is this?” But, yeah that song. It’s hard to narrow it down to just one.

Justin Barney: Kenny, what are you listening to?

Kenny Perez: What I’m listening to right now? Sorry I did that with a chuckle, I’m not sure why I’m chuckling but right out the gate where we’re gonna go with Ariana Grande’s “Breathin.” And here’s my thought process: you know I’m a fan, a loose fan, not a like a big fan I don’t follow her on like Spotify and just listen to the album that kind of thing. But she caught my attention back when she came out with “Break Free” with Zedd. You know, I like house music, and kind of that song was very popular.

I’m attracted to this new song called “Breathin” that came out actually a few months ago. Just listening to the words and what she’s been been through in the past year or so I think, late 2017 with the bombing in Manchester I think it was twenty people that died at that concert. Then coming back to you know, in a relationship with Mac Miller and him passing away a month and a half ago after their breakup…just so much that she’s been through and then listening to that song, I just get into it man.

And she’s a beast you know, regardless of what us non commercial listeners want to say about  the commercial world of pop, she’s a monster. She’s been compared to the likes of Mariah Carey and it’s true I mean, her voice is impeccable. And I like to sing it out loud in front of my daughter, she gives me a hard time, but she’s actually trying to win me some tickets to go to the show at the Fiserv.

Justin Barney: The softer side of DJ Kenny Perez here. What’s the song?

The final song this week is my pick. One song I can’t stop listening to is “Please Won’t Please” by Helado Negro. Helado Negro kind of piqued my interest in 2016 with his debut album “Private Energy.” He’s releasing this new album called “This Is How You Smile” and this is the first song. I feel like Helado Negro’s character really comes out in his music, its always got a lot of heart and the timbre of his voice reminds me a lot of Devendra Banhart, who it is very close to my heart.

This song has a lightness to it, like mist coming off of Lake Michigan.