Turning inside jokes into songs: a conversation with Big Thief’s Buck Meek

Turning inside jokes into songs: a conversation with Big Thief’s Buck Meek 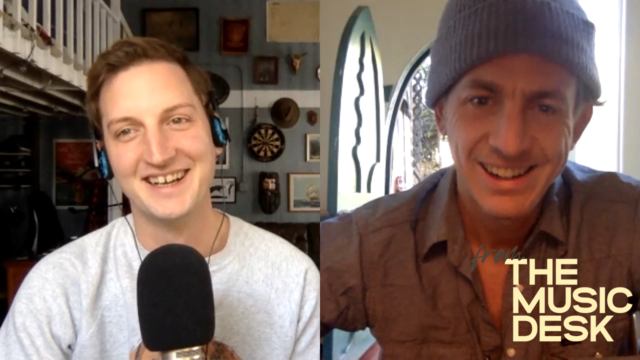 Buck Meek’s album, “Two Saviors” is the album I have listened to the most so far this year. On a drive last week I hit play on the album again and wondered why I kept returning. At the end of this interview, Buck offered some insight, “I think that this album in particular is probably really valuable for this time, cause I do think it’s soft. I think it can help people right now.” “Yeah, it’s been comforting to listen to,” I say. “That makes sense because it was a comfort to make.”

In the song “Ham on White” he starts with the line, “Save me half of that sandwich Annie, I haven’t eaten since 1995. It’s a miracle I’m alive.” I always find it really funny, but it’s delivered so sincerely and dramatically that I’m not sure if it is a straight faced joke or a reference or metaphor that I don’t understand. “One thing that I adore in human relationships is how we rag on each other. The sass. And the hard time we give each other. And how that can be a vessel for affection. It’s this deep inside joke that we can share with our loved ones. Often it’s self deprecating and that line is me making a joke of my own hunger.” The album if full of those jokes and Buck says that he wants to put you in the middle of the relationship or scene so you have to look around and see what’s going on. Also so that you are in the middle of that intimacy too.

Buck ends talking about the beauty of Julianna Barwick’s “Nepenthe” so I want to include that here to conclude.