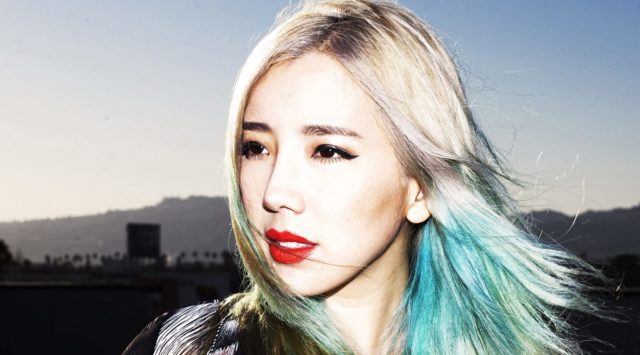 TOKiMONSTA will perform at Milwaukee's SITE 1A on July 14

This Friday (July 14), one of Rhythm Lab Radio’s favorite producer, TOKiMONSTA will perform at Milwaukee’s SITE 1A.  You can also hear an exclusive mix from her on this Friday’s Rhythm Lab Radio at 10 pm.

TOKiMONSTA is a California-based producer who has worked with artists like Anderson .Paak, Kool Keith, Yuna, and more. Before she started her own label called Young Arts Records, she was signed to Flying Lotus imprint, Brainfeeder.  She will be releasing a new record titled “Lune Rouge” later this Summer. She recently dropped the first single, “Don’t Call Me” featuring the Malaysian singer Yuna.

“Lune Rouge” is the culmination of all the experiences I’ve encountered so far,” Lee explains the album’s genesis, which she started work on in late 2015 before being diagnosed with a rare neurovascular condition called Moyamoya. A year later, after two major brain surgeries and extensive rehabilitation, Lune Rouge was finished. “During its creation, I faced some of the most difficult and uplifting moments of my life. Seeing myself at the edge of my own mortality and how I chose to move past is a story told in this album.”