Listen to new music from Little Dragon, The Bad Plus, Xavier Omar and more

Listen to new music from Little Dragon, The Bad Plus, Xavier Omar and more 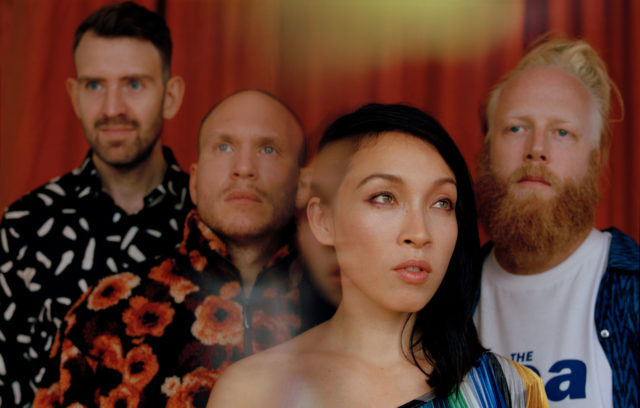 Then we played a new song from Winton Marsalis. The song, “Delilah” comes from the soundtrack to the film “Motherless Brooklyn” written, produced and directed by Edward Norton. The soundtrack also features a song by Thom Yorke and Flea.

Following Winton Marsalis, we featured a track from the latest album “Activate Infinity” from The Bad Plus. The jazz trio will be performing at Chicago’s Old Town School of Folk Music on Dec. 6.

Then The Midnight Hour (Ali Shaheed Muhammad and Adrian Younge) returns with a new song titled “Harmony” featuring Loren Oden. The release is in support of an upcoming tour. Zero 7 graced our playlist with a new single featuring Jem Cook. The band is currently re-issuing their back catalog and recently re-released their esteemed 2004 album “When It Falls” as a deluxe heavyweight vinyl package.

We also played new music from the rap project “Back at the House” from Future Islands’ Samuel T. Herring aka Hemlock Ernst and producer Kenny Segal. Then from the upcoming soundtrack for the film “Queen & Slim,” we featured the single “Collide” from Tiana Major9 and Earthgang. The soundtrack will also feature new music from Lauryn Hill, Syd from The Internet, Megan The Stallion and more.

We wrapped up the first hour with new tracks from Little Dragon and Xavier Omar & Sango.

In the second half of the show, we introduced a new artist by the name of Terrell Hines. Hines is a songwriter, vocalist, multi-instrumentalist, and producer who recently signed to Capitol Records and dropped his debut EP titled “St. Mark Rd.”

Then we heard the song “Supernova” from one to watch Los Angeles-based Sunni Colon. The song is full of warm vibes that will keep the fall temperatures at bay.

Finally, we played new music from Hamilton star Daveed Diggs and his group clipping. Check out the full tracklisting for the show below.