Listen to Six Degrees of D’Angelo on Rhythm Lab Radio

Listen to Six Degrees of D’Angelo on Rhythm Lab Radio 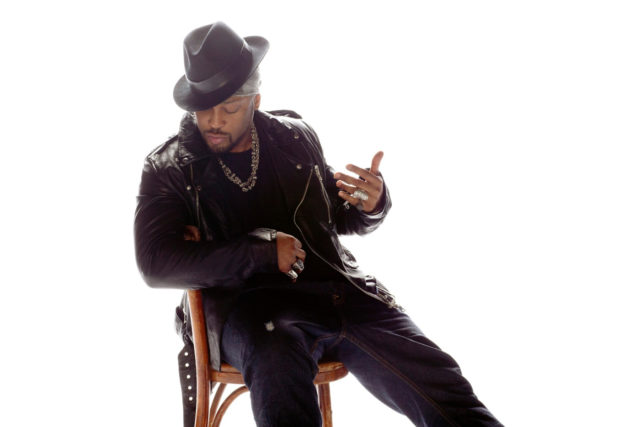 In honor of the 20th anniversary of D’Angelo’s groundbreaking album “Voodoo” and the upcoming documentary “Devil’s Pie: D’Angelo,” Rhythm Lab Radio adapts the concept of six degrees of Kevin Bacon and applies it to “Voodoo.”

Rhythm Lab Radio not only featured artists that influenced D’Angelo’s 2000 magnum opus, but we dug into the album’s credits and explored the work of all the people who were involved in the making of “Voodoo”, including singers, writers, engineers and musicians. During this process, we learned how these individuals help turned “Voodoo” into a classic and how these individuals were connected to some amazing diverse artists from the past and the present you wouldn’t expect.

Besides the obvious contributors like Angie Stone, Raphael Saadiq and Questlove of The Roots, we wanted to highlight other contributors who aren’t household names like engineers Russell “The Dragon” Elevado and Tom Coyne and Roots member James Poyser, who played a huge role in crafting the album.

Russell “The Dragon” Elevado won a Grammy award for his work recording and mixing “Voodoo.” He also played a role in the use of vintage sounds and equipment that can be heard throughout the album. But Elevado’s works goes way beyond his work on D’Angelo’s second album. He has worked on albums for artists from Al Green to Common to Alicia Keys to Roberta Flack. What surprised me the most is that he worked on Blackalicious fantastic album “Blazing Arrow,” including my favorite song “Make You Feel That Way.”

Then there is the mastering engineer Tom Coyne, who worked on almost every track on “Voodoo.” Coyne was a highly respected engineer who worked on a plethora of albums from artists like Adele, Beyonce, Taylor Swift, Metallica, Amy Winehouse and others. He won a Grammy for his work on one of Adele’s biggest songs, “Hello.”

He even worked on one of my favorite Brand Nubian tracks from 1998 “Don’t Let It Go To Your Head.” We also featured one of our favorites Amy Winehouse tune “In My Bed” from the album “Frank,” which Coyne also engineered. Unfortunately, he passed away back in 2017 at the age of 62.

Then there is Roots member James Poyser, who was a composer for many songs on “Voodoo” including “Chicken Grease.” He also worked on Lauryn Hill’s classic “The Miseducation of Lauryn Hill,” Snoh Aalegra’s 2014 album “There Will Be Sunshine,” and a Rhythm Lab Radio favorite “Tropical Girl” from Vikter Duplaix. He even played organ on Lauryn Hill’s “Ex-Factor,” which we played in the second hour of the show.