The ‘Queen & Slim’ soundtrack is the perfect road trip mixtape

The ‘Queen & Slim’ soundtrack is the perfect road trip mixtape 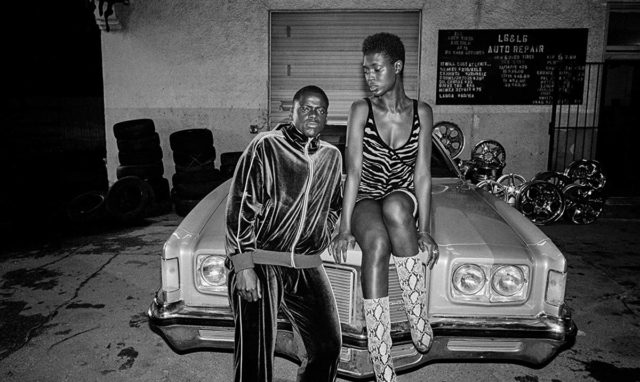 In this episode of Rhythm Lab Radio, we featured music from the soundtrack to the film “Queen & Slim” including new songs from Blood Orange, Megan Thee Stallion, Ms. Lauryn Hill, Burna Boy and more.

We also talked to the President of Motown records Ethiopia Habtemariam and VP of A&R Lindsey Lanier about the making of the soundtrack who produced the soundtrack along with the film’s writer Lena Waithe and director Melina Matsoukas.

On Nov. 27, the film “Queen & Slim” will hit theaters across the country. Directed by Melina Matsoukas, the film tells the story of a black man played by Daniel Kaluuya and a black woman played by Jodie Turner-Smith. The two are later pulled over for minor traffic infraction. The situation escalates, with sudden and tragic results, when the man kills the police officer in self-defense. Terrified and in fear for their lives, the man, a retail employee, and the woman, a criminal defense lawyer, are forced to go on the run. But the incident is captured on video and goes viral, and the couple unwittingly becomes a symbol of trauma, terror, grief, and pain for people across the country.

Matsoukas is also known for directing music videos for Rihanna, Solange, Beyonce including for the song “Formation.”

One of the integral parts of the film is the soundtrack. Matsoukas tasked Ethiopia and Lindsey with showcasing the historical evolution of Black music from its roots in blues and soul to modern, bounce, hip hop and R&B.

I talked to Ethiopia and Lindsey about the process of producing a soundtrack, how they got Ms. Lauryn Hill to contribute a song to the soundtrack and more.

Listen to the interview and the full show below and check out the full playlist.