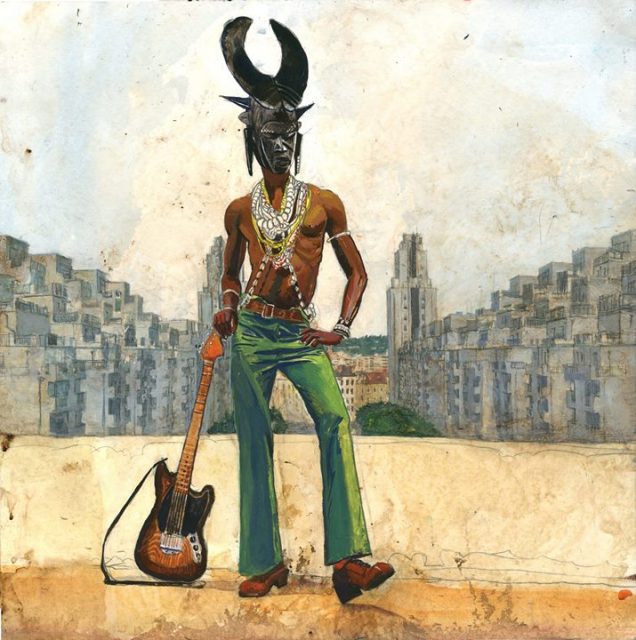 Been in and out of the loop lately, and you know sometimes life gets in the way of work, which is fine, but I’m back with some more hot tracks in a deeply funky mixtape. At the start of the week, still fresh from an extended break, I had no theme but as Sunday drew nigh I thought I’d build a mix around a special compilation I’d just found.

Hot Casa Records, a favorite of mine, continues its dedication to re-releasing out of print and hard to find West African grooves with a brand new comp of funky and fresh rarities, Togo Soul 70. Truthfully, the template for these retro re-visitations has already been set, several comps for many countries in Africa already exist from different labels. Hot Casa and Julien Lebrun have found a niche with Ivory Coast soul sounds and now, the tiny nation of Togo is also in their discography.

That said, there’s plenty from that new Togolese funk comp in this mix as well as other rarities from several West African nations like Ivory Coast, Benin, Ghana, Burkina Faso, Nigeria, Cameroon and Guinea Bissau. Deep soulful grooves in the vein of James Brown and spacey funk inimitably African in this mix. Enjoy…