That's right, psychedelic Peruvian  cumbia, what you know about that? Hopefully a bit more after today because that's what I've got for today's Sound Travels. The sound is a bit vintage and even the new band that I shared today, Brooklyn's Chicha Libre, leans so far back you'd be forgiven if you couldn't tell they were the youngest of the bunch I played for you today. Chicha is not a dead language, it just has more synthesizers these days. I, like Chicha Libre, prefer the vintage sound. 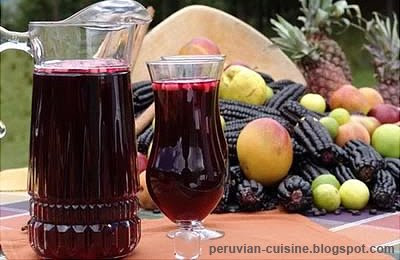 Started the day with a favorite, and a principal player on the early chicha scene. Apparently, cumbia, a Colombian invention, came through the Amazonian jungles to root in Lima, Peru's capital city where it is synonymous with chicha,  a local home-brewed drink often enjoyed with said music. In the case of Los Mirlos, which translates to "Blackbirds," it was quite literal. Brothers Jose and Carlos Rodriguez Grandez had migrated from the Western jungle highlands to the capital with the idea of making a living, and cumbia was their sound. Even though Colombia gets the credit, cumbia was coming of age up and down the Andes and wherever it was it took on the personality of the place and the traditions, the music that was already there. Bands like Los Destallos (trans. The Flashes), who I played around 11 o'clock, a band credited for inventing Peruvian Chicha and a must-play for me.

At Noon, I had new music from Chicha Libre, that Brooklyn-based band I mentioned at the start. They were also the subject of a blog post from Monday, but their new EP Cuatro Tigres just released on Barbes Records is another window into the world of chicha. Chicha Libre showing they can write originals and cover pop standards on their latest and the one I played today is as nice as anything you'll find on their past two releases, 2012's Canibalismo and 2008's Sonido Amazonico.

Lastly, I got at something from a young Peruvian group that is taking the sound in different directions. La Inedita, from Lima, is making Chicha fusion, adding elements of reggae and specifically raggamuffin, dancehall-style vocals. It works too, and though the band has more work to do the returns are promising and show that chicha is here to stay.