Sound Travels to Angola all week this week for a closer listen to the golden era of Angolan music. The style is known as semba and is more than a genre; it's also a rhythm and for many that made it, a way of life.

Semba is the post-independence sound of the Angolan people who for a long time, were subject to the harsh policies of their colonial overlords Portugal. While that history is extremely interesting in and of itself, the music after independence is even more so. After 1975, Angolan music truly flourished under more local control and in some instances recieved official support and funding. This was incredible for the scene and bands grew apace. As the rural communities shifted towards the cities and better opportunities, suburban slums, known in Angola as 'museques' grew and with them a new scene. 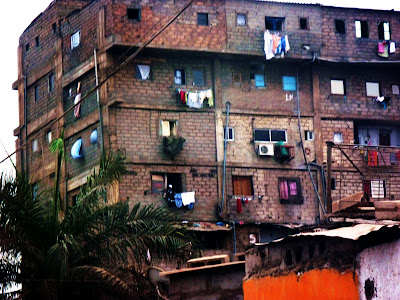 The sounds that flowed from the museques was different than what had been around before. The music was cultural, informed by a new sense of freedom and with that, musicians began incorporating folkloric music with modern instruments and with it, semba was born. Today, I played some crucial music from the early days of independence and the sounds of those favelas…

And for those of you wanting to catch up with the Sunday mixtape, which featured an hour-long mix of music from Surinam, I've got that here in its entirety although I somehow lost the file that contained the tracklisting. (Can't win em all…)