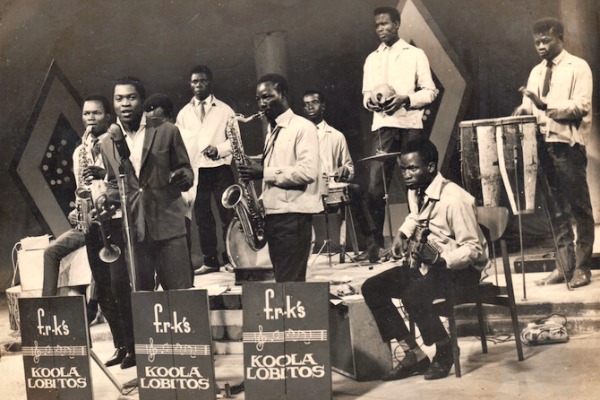 The inspiration for this sunny slice of West African highlife — and highlife soul — was the news that the largely unchronicled period of Fela Kuti‘s early career was about to get the re-issue it sorely deserved.

Before Fela Anikulapo Kuti the icon, there was Fela Ransome Kuti the touring, regional musician. He was honing his chops in the style and sound of the era and area.

And that sound, in Ghana, Nigeria and environs was the calypso-vibed sound of highlife.

In that context, Fela clearly excelled. You can also hear the seeds of his later invention, Afrobeat, just starting to bloom.

I’ve mixed up cuts from the new album with tracks from contemporaries of his. Many are highlife classics from artists also mixing the genre with American soul and funk in a way that exposes roots of what would become Afrobeat.

Miles Davis called Fela Kuti “the future of music.” He was a pioneer of Afrobeat, a human rights activist and a political maverick. Here’s a sneak peek at some cuts from the new Fela Ransome Kuti & his Koola Lobitos re-issue/compilation.