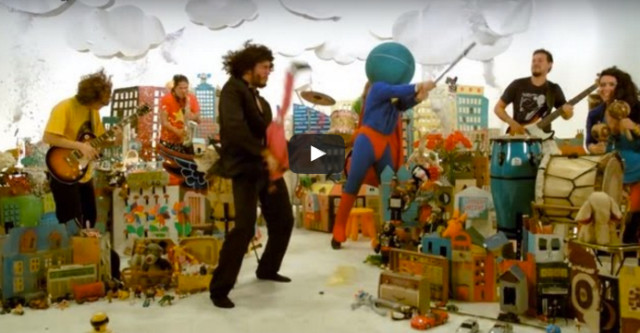 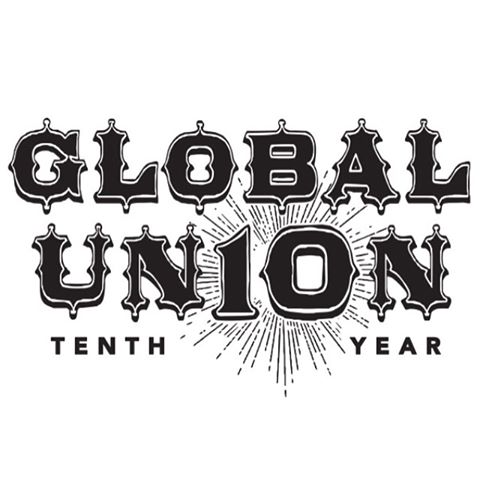 The signs are clear; from the cooling temperatures to the the subtle color shift of the leaves, the daylight grows shorter and rituals associated with the coming of fall start popping up. For me, one such ritual is the annual world music festival Global Union. Celebrating its 10th anniversay this year, Global Union is a festival that brings four international acts to Bay View’s Humboldt Park for Alverno College’s all-day music fest this Saturday.

Recently, I sat down with Rory Trainor from Alverno College to talk all things Global Union. Rory is one of the people who helps the whole thing happen; from booking the bands to directing volunteers, making arrangements for vendors and the logistics of everything…

Beside the fact that I get to emcee the event and share the stage (albeit in a small way), it’s something I look forward to every year; rain or shine this sublime setting and unique music never fails to put a positive spin on the dreary possibility of a new, colder season. WMSE’s Paul Cebar will also be on stage, spinning sunshine sounds to open the event and space the performances with choice rarities from around the world. As in the past, this year’s lineup is excellent and offers a wide range of sounds from bands based in two continents, travelling thousands of miles to hang with us in Humboldt Park.

Gnawa is perhaps one of the earliest forms of “trance” music; a rhythmic union of North and sub-Saharan Africa. A traditional sound that is defined by the call-and-response flow between the out-of-tune funkiness of the the gimbri (gnawa’s signature instrument) and the plaintive cries of a singer. Traditionally, it’s sorta like North African blues music although Aziz Sahmaoui & University of Gnawa is interesting in that they include the edginess of electric guitars in a way that gives its inherently internal dimensions a rock vibe to roll on.

Aziz Sahmaoui & University of Gnawa is in many ways the perfect opener for an event like GU; a primer for a day of “other” music, their sound is otherworldly and intoxicating, an easy groove to lose yourself in, nuanced and layered in a uniquely psychedelic rootsiness.

European folk meets avant-garde quirkiness in what looks like a playful second round from Polish singer Karolina Cincha. From what I can gather, the progression has been from fringe to center, starting as one-woman-band built around the indiosyncratic singing style of Karolina, she has progressively become more collaborative and nonw incorporates many other, more familiar motifs to a sound that features fine vocal gymnastics and an increasingly art-rock vibe. I like Karolina Cincha as the second performer, it has all the hallmarks of a musical change-up that an all-day festival needs.

By 3pm, the vibes will pick up in an impressive way with the Latin hip hop of one of Montreal’s more prolific performers, Boogat. Boogat’s been around for for a minute, performing as a member of Andromaik, by his given name Daniel Russo Garrida and as Boogat since 1996. These days, his Boogat project takes up his time and Boogat has an impressive body of work to back it up, from ep’s to full-length’s and guest spots to remix-releases, he stays busy. The music is high quality hip hop with a distintly Latin edge but a sound that also stays open to influences like dancehall reggae, cumbia and heavy duty tropical bass. If you’re going to come to GU halfway through, make sure you get there by 3pm to see Boogat take the energy of the event to another level.

This year’s headlining act is a doozy; a heady blend of African-infuenced rock, funk and Colombian rhythms that is built to get the body in sync with the booty. La Chiva Gantiva is built on a base of three Colombians who started playing percussion together while in school in Brussels, Belgium; shortly thereafter they evolved into a multi-national septet with the addition of some other European musicians and the gigs kept coming. Now, the band enjoys an international fan base and they travel the world to perform their uniquely funky and festive style of afro-Colombian funk, rock and traditional sounds. There is a carnivalesque, punk-y vibe to their live shows and I feel their energy will be the perfect vibe to bring the day to a dance-inducing pinnacle.