Picking up right where we left off on Sound Travels with afrobeat in mind. Today however I wanted to share adifferent side of the genre famously founded by Fela Kuti and his drummer Tony Allen, a bit more psychedelic and rockin.

Afrobeat can be many things. Fela and Allen certainly set the tone at the start, but there were a lot of creative and talented groups that took it in somewhat different directions. It cannot be understated that American music of the 60's, and the shows and acts that toured in Africa also had an impact on the afrobeat coming out of Nigeria and West Africa in general. In fact, one show in particular left a lasting impression; Soul 2 Soul. Soul 2 Soul was a large, multi-act show that toured the continent and left an indelible imprint on the nascent afrobeat scene.

In particular, it was Carlos Santana's performances that would impress many. And perhaps inspired many acts to include more of a rock/psyche sound into the afrobeat they were forging. What might that have sounded like? This… 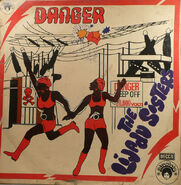