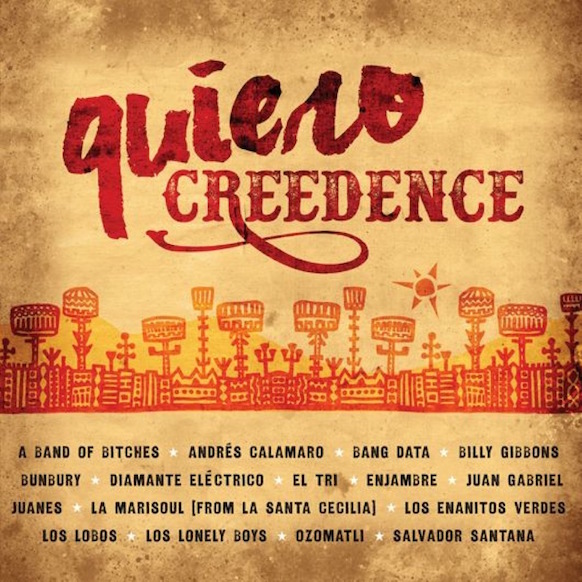 As a kid, I was exposed to many forms of music, but classic rock was definitely a big part of it. Now that I get to be the global music connoisseur, I hadn’t really expected that these worlds of music might come together as often as they have been lately. The Chamanas’ covering Portugal. The Man and the Mexrrissey project other good examples of this and it’ll be interesting to see how far this stuff goes and whether that opens doors here for Latin rockers.

Either way, it looks good and the one song that has been released is a dope, and surprisingly uplifting version of “Have You Ever Seen the Rain?” from Mexican superstar Juan Gabriel. Checkitout…

Be on the lookout this July for this amazing new compilation of CCR en espanol!

Just heard about this new compilation due in late July that should further help classic rock fans find common ground with the Rock en Espanol scene. The comp is called Quiero Creedence and features covers of CCR’s greatest songs by some top Latin artists like Juanes, Los Lonely Boys, Ozomatli, La Marisoul from La Santa Cecilia and Juan Gabriel to name a few.

more after the jump…