Sound Travels is getting better everyday as we explore some of the best releases of 2011 from now until the end of the year. This week, before we actually get to the best brand new releases of world music from the year, we'll explore some of the best compilations from the year. Though a couple on my Best In Seven: Compilation Edition are in fact releases of new material, the picks this week are mostly vintage re-issues of diverse material from various parts of the world. And on Thursday we started in Africa again…

…with an awesome compilation of superb 80's funk from Nigeria. Brand New Wayo: Funk, Fast Times & Nigerian Boogie Badness 1979-1983, put out on Comb And Razor Records is some real-deal raw-nasty funk. Sounds like the 80's and jams like it, this compilation is all Nigerian however familiar-sounding the groove is. And it's really about time we got something other than another afrobeat comp. This is it (or at least a part of) what comes next. Cut after cut, this comp delivers on its funky premise. From disco to stone funk, the songs here feel so familiar, like a page taken from a book you've read that is only now being written. Fresh. 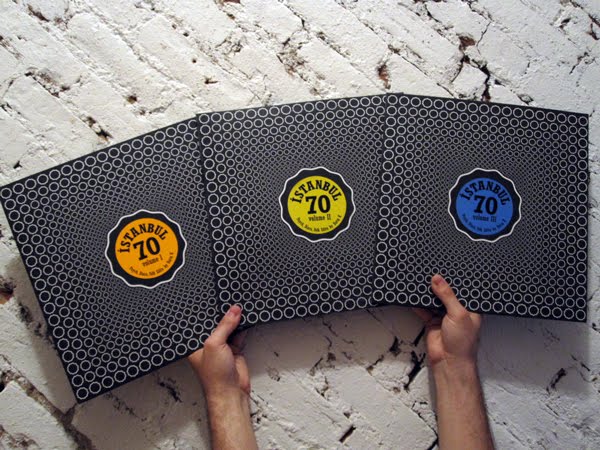 Istanbul 70, coming in 2nd place for me this year on the Best In Seven features four brilliant edits of Turkish Psych, Disco and Folk dug out and buffed-up by Baris K, the man behind some highly acclaimed Euroasiamix DJ sets. The lord's work really, because these re-fixes (or whatever you want to call it) are heavenly. Plus they's go straight to your feet; resltless is the word, you fidget then you dance. Fuzz guitars swirl aroundbreakbeats punctuated by plaintive vocals about…well, who cares. Istanbul 70 is dope!

DJs Hugo Mendez and Frankie Francis alongside The Mighty Crime Minister, have the best comp of the year to my mind and ears. Pound for pound, no other comp from this year has managed to get a diverse array of styles and sounds on a single album of collected awesomeness as Sofrito – Tropical Discotheque. Every cut on this Strut Records release is a scorcher. I love it when actual, floor-packing DJ's produce a compilation– because it works. I mean, these songs are legit tools in any funk DJ's crate. In fact, a casual listen may make an ordinary person want to DJ. Why not, with this cd you've got a ligit set.

These cats are plugged in, their parties in East London are special enough to attracted a string of A-list guests for live performances including Manu Dibango, Poets Of Rhythm, Souljazz Orchestra and Quantic. The disc is a killer mix of carnival jams, Congolese guitar funk, cumbia, calypso and highlife. If you buy one world music comp this year, it should be this.