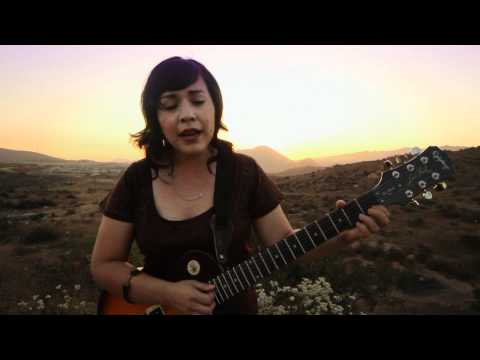 Carla Morrison started the flow new music with "Tu Orgullo" from her excellent new album Dejenme Llorar which just came out in late March on her fledgling label Cosmica Records. Nominally a Mexican artist, Carla has actually spent plenty of time in the States honing her sound. While her early work was good enough that she'd earned praise as an artist to watch on the Latin music scene from established performers like Julieta Venegas (to name one), it's her new album that cashes in on that cachet of praise. It does so by way delivering several solid songs that are both beautifully written and performed. Carla apparently took some time off before releasing this album to study music in Arizona and the album may be stronger for it. Very tender tunes that highlight the extreme beauty Carla bring to her sound. Recommended.

Brazilian artist BiD has been on my radar for a number of years. Specifically, the seven years its been since the release of his last abum, 2006's excellent Bambas & Biritas. The wait is over with the release of his latest Bambas Dois, which is just good enough for me to forgive the lapse in new material. Bambas Dois is the new recording by Brazilian producer BiD. The idea behind the project is to blend North Eastern Brazilian music with Jamaican. And the names he's enlisted are totally ligit, from Sizzla to Tony Rebel, Queen Ifrica to I Wayne and a good deal of talented singers from his own country. Not really the 'Brazilian' sound I expected after hearing his last. But a solid reggae album that I didn't see coming from him; not a bad thing at all. In particular, I was feeling the smooth sound of roots crooner I Wayne on the cut I played today.

BiD "Something Is Wrong feat. I Wayne"

watch the trailer on the album… 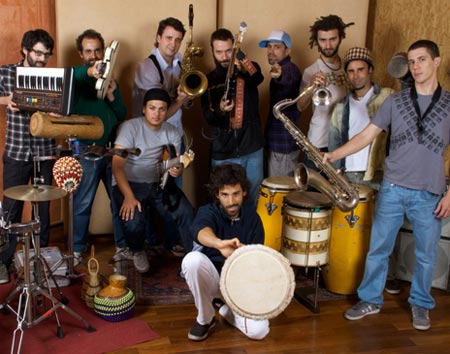 More Brazilian beats in today's Sound Travels than I usually have, and that is not so bad. Especially with the nice afrobeat grooves of Bixiga 70. On their self-titled debut from 2011, the band flexes some strong, supple sounds and dope music that is afrobeat at its core with some dub flourishes toward the end of the album. All instrumentals, Bixiga 70 is quite good. Their jammy grooves never feel like something other than afrobeat and the groove is too tight go stray too far from their essence. This is a good thing, because they are essentially getting the sound right. That's a good thing. The best part is that you can download the album absolutely FREE on their website.

Brazil, brazil, brrrrr…it's too cold here, I wish I was in Brazil. Crearly, Brazil on my mind today with the new music I found for y'all. That continued to the end on Monday with the latest from ex Planet Hemp frontman BNegao and his uber-fresh five-piece Os Seletores de Frequencia. Wherever and whenever this cat pops up, just gotta peep it, cause it's probly awesome. His latest, Sintoniza La, is on my hot list and you'll likely hear plenty more on Sound Travels this season. Unfortunately, we had to wait 10 years for this album, a follow up to 2002's amazing Enxugando Gelo. In the time between, this independent artist's reputation has only grown as have the crowds at his shows. With good reason, this may be the best hip hop other than Criolo, to come out of Brazil. Yep, I said it, and I'm not prone to hyperbole. So get this album, it's already on my best of 2012 list.