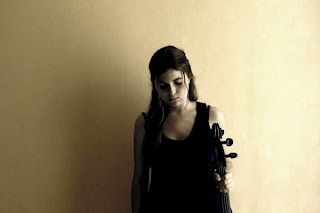 Brazilian born cellist and vocalist Dom La Nena will release her debut album, Ela (Six Degrees Records), tomorrow. After a few listens, I found it to be quite intricate, understated and intimate affair showcasing songs in both Portuguese and Spanish. Born Dominique Pinto, Dom La Nena studied cello with acclaimed American cellist Christine Walevska as a youth and draws influence from contemporary artists such as Cat Power, Lhasa de Sela, Jane Birkin and Juana Molina while adding a touch of Brazilian saudade far beyond her years. And you can hear that influence in her music, which is far from a bad thing. In fact, it is that subtle strength that draws the listener in to this tender space. Judge for yourself…

I also played some new music from a band called Monoswezi , which apparently translates into 'One World.' True to that spirit, Monoswezi is a collective of musicians originally from Mozambique, Norway, Sweden and Zimbabwe who share a passion for traditional African music and music from Zimbabwe and Mozambique in particular. Monoswezi is all about respecting tradition while combining with all sorts of different sounds, cultural and otherwise with a strong improvisational approach. This works well with the song I played today; lots of finger piano layered over an otherwise jazz number. Pretty nice stuff that you can find on an intriguing Rough Guide To Undiscovered World. 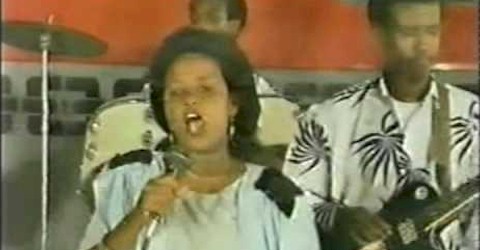 Usually, Mondays on Sound Travels feature songs that are brand new. Today however, I shared atune that's vintage 80's. The reason I chose to present The Dur-Dur Band as new is because it is so rare, that any release at this point might as well be new. The Dur-Dur Band used to be a very popular band (ask any Somalian cabbie over 30!) in the unique music scene of pre-war Somalia. Somalia's Civil War had a devastating effect on all the arts and dope bands like Du-Dur and Iftin couldn't compete ith the conflict. Not only that, but many of their recordings were lost, with only a few, like the cassette tape from which this song was recovered from, survive. Although remastered, the sound quality is poor, but it still conveys the quality this band clearly had. Thankfully, the rest of this funky reclamation will be released February 5th on Awesome Tapes From Africa. 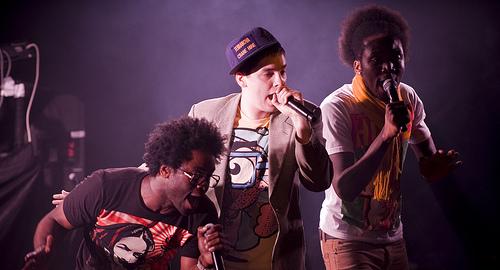 One of my favorite underground hip hop acts with a global connection, Edinburgh trio Young Fathers is set to re-release their independently release Tape One after recently signing with Anticon Records. This is a good thing for the rest of you as this fresh little release is a sperb showcase of their sound. Imagine De La Soul style rhymes over Shabazz Palace beats and a flair for rhymes that might double as spoken-word. Yeah, it's fresh like that, and curried with a distinct African flavor that refects the band's roots in Liberia and Nigeria. Though the flow is in the Queen's English, creativity of the crew is reminiscent of Bristol's Massive Attack. Highly recommended!