The Legacy Of Peter Tosh, Wailers Neverending on Sound Travels

The Legacy Of Peter Tosh, Wailers Neverending on Sound Travels

This week on Sound Travels we've got a lot going on. Starting Wednesday, I'll be broadcasting live at Summerfest with Jordan Lee, our (sorta)new drive-time host and that's putting us close to the action at the Big Gig. Reggae is a part of the lineup as usual and this year there is plenty to see and hear:

Given this nice little lineup, I was already planning a week of Wailers-connected music for Sound Travels when serendipity struck in CD form. I got a box of recently-released special double-disc editions of Peter Tosh's legendary releases Legalize It (1976) and Equal Rights (1977). Naturally, I thought of sharing this with you all and everyday after Sound Travels I'll be giving them away. 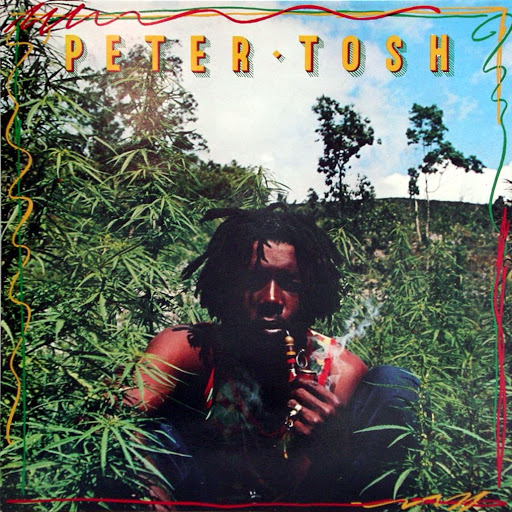 Peter Tosh, who was murdered in the 80's in a robbery, was one of the founding members of the Wailers. While it was Bob Marley who got the lion share of the attention, Bunny Wailer and Peter Tosh both had nice careers and strong material after the Band's break-up and subsequent re-formulation. Indeed, almost everyone connected to The Wailers , original line-up as well as later ones, had their own thing going on musically.

Malcolm X to Bob Marley's MLK in the original Wailers, Peter Tosh left the group on the eve of global acclaim for a militantly uncompromising solo career, taking early public stands against apartheid and brandishing a guitar in the shape of an AK-47. OnLegalize It (1976), he brashly mixed pro-ganja agitprop and Rasta musings, while introducing riddim section Sly & Robbie to an international audience; Equal Rights (1977) is roots reggae nonpareil and one of the most powerful political statements in any genre. Thetwo-CD editions I'm giving away for free after every Sound Travels set have all the unreleased demos, outtakes, and dubplates a fan could want.

So this week, expect the story to continue. Today, I had early rocksteady, ska from the original crew. Tomorrow, I'll have the band after they first split, and on Thursday an excursion into the I-Threes' solo stuff and The Wailers after Bob passed. Friday, The Marley Boys (Damian, Julian, Ziggy, Stephen and Ky-mani) and everyday, something from the Peter Tosh discs I'm giving away. So tune in, and win something; tune in for the Wailers never ending…