The New Kinky!…Video for “Despues Del After”

The New Kinky!…Video for “Despues Del After”

Last week while Bastille Days had taken over the streets of Downtown Milwaukee, it was with a bit of regret that I partied at one of my favorite Mil-ville fests while one of the dopest of the Latin Alternative scene, Kinky was making their triumphant return to an event I was wishing I was at, the Latin American Music Conference. That's no disservice to Bastille Days, but a testament of my appreciation for the band Kinky and the fact that this "conference" is also a forum for some cool, up-and-coming Latin acts to perform for industry cats.

Kinky, a funky five-piece out of Monterrey, Mexico, was returning to NYC for the conference and coming full-circle in the process. It was at LAMC 10 years ago that they dropped the demo that helped launch their career and in the process won the LAMC's Discovery Artist contest. And after four excellent albums, they were back with their latest in hand. And I was missing it… 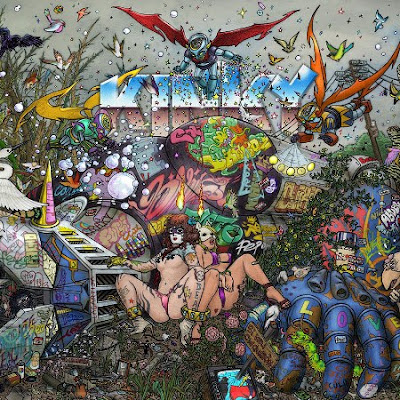 …thankfully I did get the album. Kinky's latest, Suena De La Maquina (trans. dream of the machine) in time for this week's new music and played it on Monday's Sound Travels. There's a lot to like about the party vibe this band's music creates and that is in full gear here on their latest. If you've never heard Kinky, they walk the line between electronic music and rock with style. And on their latest, they got help from legendary Dust Brother, John King, who has produced Beck, The Rolling Stones and Beastie Boys. Not only that, but the album was mastered by Howie Weinberg, whose credits include iconic albums like Red Hot Chili Peppers’ Blood Sugar Sex Magik, Nirvana’s Nevermind and U2’s Pop. If that's not enough, the album also features collaborations with Mala Rodriguez and Dante Spinetta from Illya Kuryaki.

There's alot to like on the new album, but what I wanted to share today, is the new video. How could they know it was my fave from the album too?