Listen to the Studio:Milwaukee session with EL VY

Listen to the Studio:Milwaukee session with EL VY 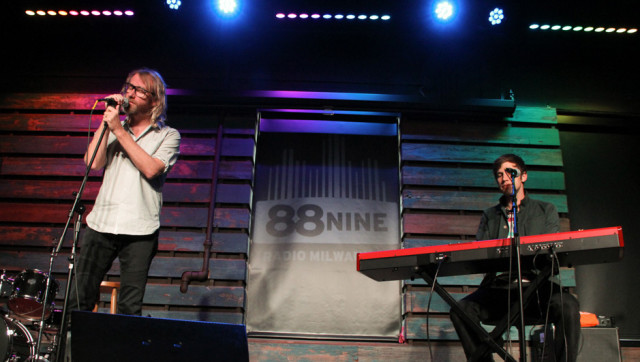 Early today EL VY stopped by our studios in Walker’s Point for a performance and interview before their sold out show later tonight at Turner Hall Ballroom.

For those not familiar, EL VY is the side project of The National’s Matt Berninger and Brent Knopf from Menomena and Ramona Falls.

EL VY is touring in support of their new album “Return To The Moon,” which is available now.

Listen to the session in the player above. Check out the photos and video below.