Listen to Studio:Milwaukee session with The New Pornographers

Listen to Studio:Milwaukee session with The New Pornographers 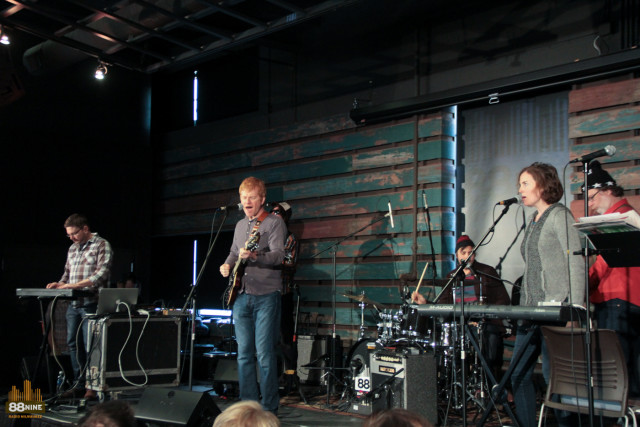 The New Pornographers stopped by our studio before their show at The Pabst Theater for an interview and to play a few songs from their new album “Brill Bruisers.”

Listen to the session in the player above and check out the photos below.

Indie rock supergroup. Sounds like an oxymoron, doesn’t it? But in the admittedly small sub-genre, The New Pornographers — 15 years on — have been slugging it out longer than most groups, indie, super or otherwise. Longer than the Beatles, Pixies, Smiths or Nirvana held it together.

Comprised largely of Canadians of superlative musical lineage (Destroyer, Limblifter, Neko Case, A.C. Newman) the band released its sixth album — “Brill Bruisers” — in late August. It continued an upward trend as their highest reaching US chart position, cracking the US Top 20 Album chart — their third to crack the Top 40.

But really, who cares about the charts these days?

What’s most remarkable about New Pornographers is that this is a side gig. What’s usually a lark, maybe good for an album or two (still awaiting the third Raconteurs album?) has become an ongoing concern with a catalog packing more power-pop hooks than a tackle box, over six delightful albums.

And while their longevity is in itself notable, critical acclaim has been overwhelming. They have a career Metacritic score just shy of 80/100. Their first four albums were on Village Voice‘s Pazz & Jop Poll, the year-end aggregation of hundreds of critics. If the band was a human being, it would be getting its learner’s permit.