New album and special on-air performance from The Revivalists

New album and special on-air performance from The Revivalists 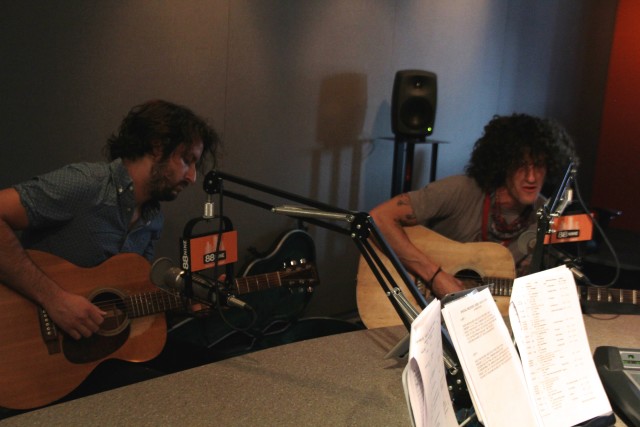 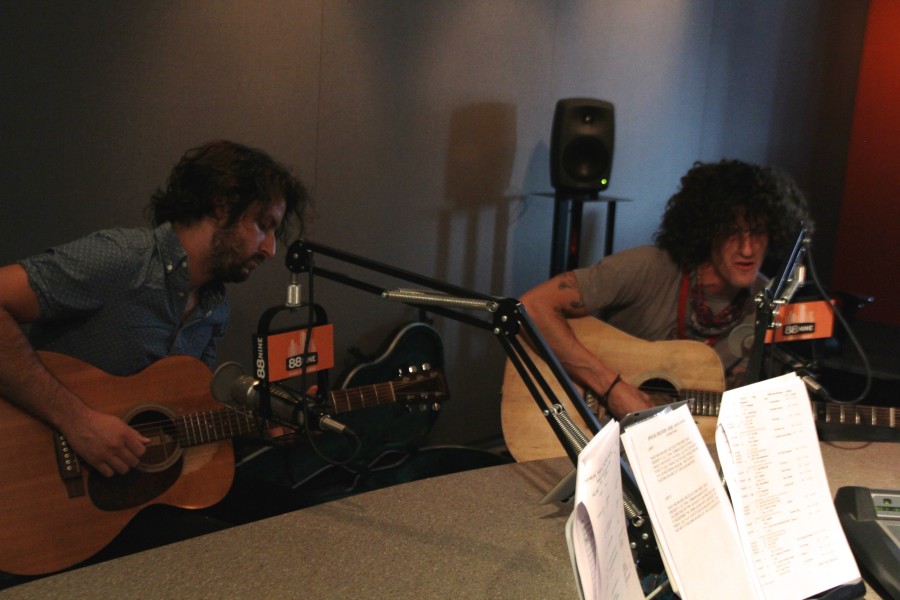 The Revivalists performing live on the air from 88Nine’s studio.

New Orleans band The Revivalists has released its third album, “Men Amongst Mountains.”

The Revivalists are exactly what their moniker describes them to be. Their first EP dropped in September of 2008, a time when, to many outside the sphere of the south, forgotten were the damages left in the wake of Hurricane Katrina.

The physical, economic, and emotional uncertainty of New Orleans still consumed the city — but the spirit was never lost. The dynamic of New Orleans was changing, and the Revivalists were a part of it. The band’s sound mirrors this transition, with its brass instruments reminiscent of an old New Orleans.

The funk and soul of David Shaw’s crooning brought the necessary looseness—creating a melody that makes your limbs sway and head nod without you even realizing it— while the guitars, bass and drums contribute an interesting cross between folk and rock that is necessary to their unique sound.

A visit to 88Nine

The Revivalists began the first leg of their latest tour last week in Madison. Before their Milwaukee show at the Miramar last Friday, band members David Shaw and Zack Feinberg stopped by the Radio Milwaukee studio to hang out with DJ Ken Sumka for a live on-air acoustic performance. (To listen, click on the player above.)

Their session was an acoustic treat, having only two of the normally seven-piece band. We played a guessing game about how old we thought David’s guitar was, since there was a nice hole worn on its the face from incessant jamming. The average guess was 1970-something. (Correct answer: 13.) We got to chatting about New Orleans, mutual friends, and the fact that myself and Zack both lived on the same floor of the same freshman dorm at Tulane University, albeit a few years apart.

When I heard these guys were coming into the studio, I picked up my N’awlins slang and started saying y’all again. After seeing these guys in their natural habitat (New Orleans Annual Jazz & Heritage Festival), I was excited and a little giddy at getting to see a special studio session. Seeing them perform in a town where they have what could be described as a somewhat jam-band-funk-occult following and have achieved great success, the energy and crowd was what I imagine any artist could hope for. But how would this translate to a show 1,000 miles away in a city where they, for the most part, are relatively unknown?

On the way to the evening’s venue, The Miramar on Oakland, the guys remarked on what a cool city Milwaukee looked like — the pleasantly surprised reaction I thoroughly enjoy witnessing in visitors.

A few hours into the evening, a friend and I went to check out their show. From a pedestrian’s view, it didn’t look like much was going on at the Miramar. I had never been to a show there before and I wasn’t quite sure which door to go through. We found the door and made our way in just as the opening act had wrapped up.

The next fifteen minutes were spent mingling while the occasional holler and cheer were yelled when a stage management person would appear doing techy things with long wires. The guys came on and and the small crowd was met with a huge energy. The small crowd was a blessing– there was too much dancing to house anyone other than Milwaukee residents that felt kindred to the band.

When the tempo picked up, I thought with every cord of bass that was struck there was a risk of the building’s mortar crumbling. David would jump off the stage and sing through the crowd and friends would grab at his Side Show Bob mop of hair. However small the square footage, it felt like the Miramar was bursting at the seams with smiles, Blue Moon and killer vibes. The show was spectacular, and seeing them in such an intimate venue is not something I believe they will be doing too frequently in the future. If you didn’t get the chance to see them in Milwaukee, you missed out. But with a band that tours roughly 200 days of the year, it is safe to say that will not be your last chance.

Listen above to The Revivalists’ in-studio acoustic performance of “Pretty Photograph.”