Listen to the Studio:Milwaukee session with Son Little

Listen to the Studio:Milwaukee session with Son Little 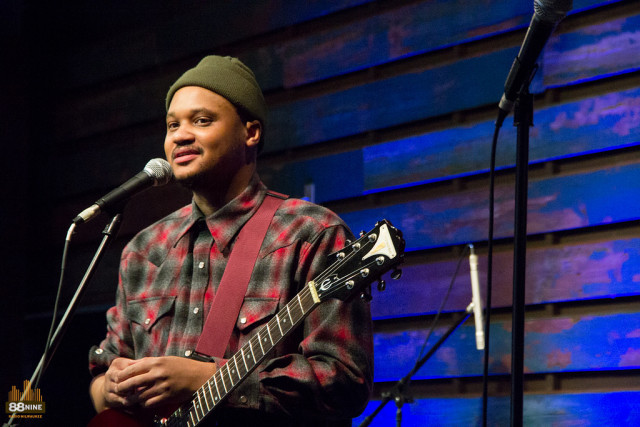 Our “Frostbite Music Series” continued with a Studio:Milwaukee session with Son Little. He stopped by for the live performance and interview before his Jan. 30 show at Shank Hall.

Little has collaborated with highly respected artists like The Roots and the producer/DJ RJD2, mentoring under the former and creating a duo with the latter called Icebird, which allowed him to flex his considerable vocal chops and song arrangement skills.

“I’ve always loved the studio, but RJ helped me see how I can use it more effectively and find ways to challenge myself, and be inventive with sound. And The Roots, it’s hard to quantify what I’ve learned from them. Everything from how to rehearse to how to occupy the stage and command it…two things that are very fundamental in this business, and they are masters.”

“Cross My Heart,” the debut track from new ANTI- signing Son Little, is a box of bonbons filled with barbed wire. Over a deceptively slinky groove – shades of 70’s Marvin Gaye, Leon Ware – the singer croons, phrases emerging from the swelter, “sex and candy,” “gonna get me some:” a lover’s plea. But the angular blues guitar lick over the top of the track is clue to a deeper, older invocation, as Son Little’s lyrics bear witness to two departed friends, and, inspired by Trayvon Martin, offer a meditation on the ease with which black lives are erased – even now, decades beyond the years when that smoky guitar line was invented. Son Little’s voice soars like a young Stevie Wonder’s as he testifies to his loss, and the “cross my heart” tag line reveals itself not as a lover’s plea, but a defiant prayer to remember the lost.