Lizzo brought the juice at her unforgettable Summerfest performance

Lizzo brought the juice at her unforgettable Summerfest performance 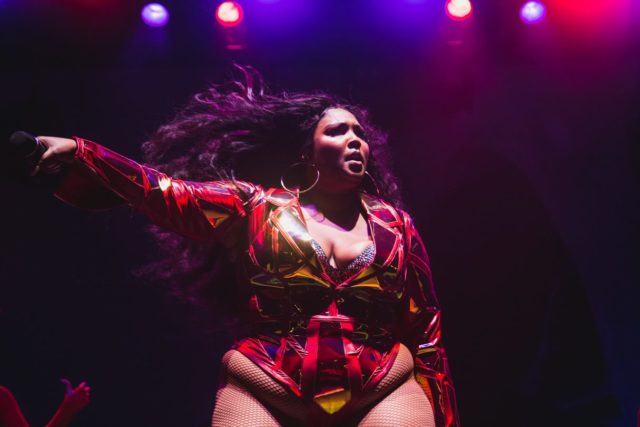 [Editor’s note: This review was written before reports of Lizzo’s allegations of an attack involving a Summerfest security guard after her concert emerged. You can find our coverage of that incident, including Summerfest’s response, here.]

The magic of Summerfest lies in its sheer diversity of acts. Not just of genres, but of generations and career stages. Out of the 800-plus artists who will perform at Summerfest this year, no one is riding a wave quite like Lizzo, a powerhouse rapper/singer/flautist from Minneapolis by way of Detroit and Houston.

Hot off her show stopping performance of “Truth Hurts” at the B.E.T. Awards and earning a platinum plaque for the same track, Lizzo ignited the Harley-Davidson Roadhouse stage on Thursday night in front of an adoring crowd of well over the 10,000 she was told were in attendance.

The first time I saw Lizzo — at a late night set during the inaugural Eaux Claires Festival in 2015 — I was blown away by her energy and showmanship. The next time I saw her, at the Soundset Festival in 2016, it was her inspiring message of body positivity and self-love that stuck with not only me, but also my four-year-old stepdaughter.

“She’s good. I like her. But she has a naughty mouth,” is specifically what the kid said. I laughed, I couldn’t disagree and I thought to myself about how much the rest of the world needs to hear that mouth.

With the growing success of her new album “Cuz I Love You” — which Rolling Stone recently named the best record of the year thus far — Lizzo is being heard now more than ever. It’s safe to say that after Thursday night’s Summerfest performance, Lizzo’s local fanbase has expanded.

Diehard fans who arrived early to secure front row seats had to endure a severe thunderstorm that stopped music for about an hour. Once things dried up, the Vermont hip-hop group 99 Neighbors and Milwaukee’s own DJ Shawna had the honor of opening for Lizzo. At one point, Shawna brought out local singer Lex Allen to hype up the crowd.

Lizzo walked out alone in a sexy red leather and metallic outfit. Her hair blew dramatically in the wind as “Cuz I Love You’s” emphatic opening title track banged through the speakers, its album art serving as the stage backdrop. After hitting the final high note (those pipes!) of “Cuz I Love You” Lizzo flashed a million dollar smile and we were officially under her spell.

All told, the set was a power hour featuring nine tracks off “Cuz I Love You,” four from her major label debut — 2016’s “Coconut Oil” EP — and the non-album single “Fitness.” Those hoping for deep cuts (“Bus Passes and Happy Meals” anyone?) may have left a bit empty-handed, but who am I kidding? Considering how good the new material is and how much of a well-oiled machine Lizzo, DJ Sophia and her dancers the Big Grrrls are, disappointment was never on the menu.

While many performers, particularly rappers, will ask a crowd to wave their hands from side-to-side, Lizzo made the same request in a way that only Lizzo can, which led to the most enthusiastic crowd wave I’ve ever seen.

“I want you to take all the love you have for yourself and sing it out to the sky with your fingertips.”

The tight set didn’t include any actual covers, but “Worship” was treated with a “Respect” tag, “Fitness” was followed by a “Le Freak” dance break, and “Jerome” was preceded by a “No Scrubs” sing-along. Before “Jerome” Lizzo also mentioned how grateful she was to be back in the Midwest, giving a shout out to mayonnaise and hot dish.

The most entertaining local pandering came during the acapella encore of “Truth Hurts.” Instead of sticking with the lyric “new player on the Minnesota Vikings” Lizzo paused and after the crowd filled in the line, she dropped a register and cheekily sang “Green Bay Packers,” following it with an animated “It’s good!” field goal arm motion.

Lizzo closed her Summerfest set with “Juice,” one of the most perfect pop songs to arrive in years, and added a flute solo for good measure. It was a triumphant outing, yet I couldn’t help but think of how much further she can go. I’d love to see her add a full band and an elaborate stage production. But no matter the setup and stage, Lizzo’s irresistible charm, irrepressible talent, uplifting gospel and naughty mouth will surely win the day.