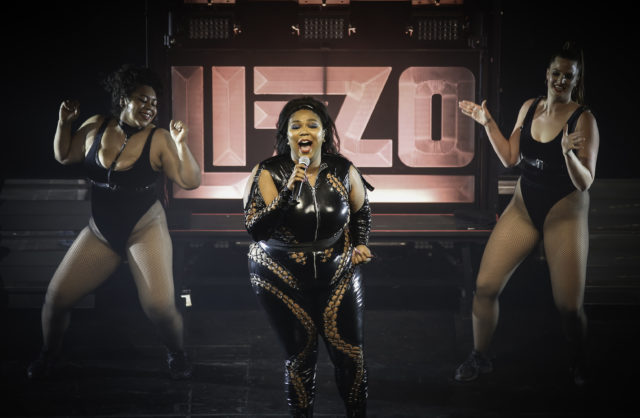 Every day during Summerfest, we’re rounding up the festival’s highlights and hidden gems and sharing Radio Milwaukee staff picks. Here’s everything you need to know about the day that Tap’d In’s Jordan Lee and Piet Levy argued features the best lineup of the entire festival: a day that we’ve been affectionately calling “Lizzo Day” around the office, though it’s also Throwback Thursday, Willie Nelson Day, Brat Bay and a ton of other things, too.

To explain how much I want YOU to see Lizzo, I feel like I need to begin from the first time I saw her. It was the fall of 2013, and I was headed to Mad Planet to see Har Mar Superstar. I got there early so I could also see the opener, whom I had NEVER heard of before: Lizzo. What a great decision that was! From the very first time she hit the floor, with her DJ Sophia in tow, she performed all these great rap/hip-hop songs with so much energy you would think she was headlining Madison Square Garden. Her songs were instantly catchy (listen to “Batches and Cookies” below to hear what I mean), and the lyrics were all about GIRL POWER and self-love. You could just tell she had star power, that X-Factor. My friend Peter and I just stood there with giant grins on our faces the whole time. I bought an album that night, brought a song into the music meeting the very next Monday and have been a HUGE fan/advocate ever since.

Flash forward to now, six years later. Lizzo’s rocked stages of all sizes around the world (including an appearance at 88Nine in 2016), shared her music on TV shows like Jimmy Fallon and Ellen, and her latest album “‘Cuz I Love You” spent weeks in the Billboard Hot 100 since it was release in May. Oh yeah: She also recorded a SCORCHIN’ JAM with Missy Elliott called “Tempo.” If that is not in your summer playlist, you must fix that immediately. You will find me, singing and dancing at her Summerfest show next week. Find me and we will have a BLAST!

And in case you missed it, check out Lizzo’s NPR interview, where she discusses body positivity, her new album and playing the flute. You can also watch our 2016 video interview with Lizzo below.

That’s right, the American Family Insurance Amphitheater is literally holding a festival instead the festival. The Outlaw Music Festival will feature Phil Lesh, Avett Brothers, Alison Krause, Dawes and Milwaukee favorite Trapper Schoepp. It’s an exceptional lineup, but the real draw is headliner Willie Nelson, who at age 86 is still touring as aggressively as ever. He also released a new album earlier this month, “Ride Me Back Home,” which received a glowing review from Pitchfork. Nelson tours so much it can be easy to take him for granted, but nothing lasts forever. You’ve got to catch the legends while you can.

Speaking of the Avett Brothers, you can revisit our candid interview with Scott Avett, where he goes deep on Leo Tolstoy and spirituality.

Not only will all beverages (excluding frozen drinks, specialty coffee drinks and smoothies) be half price from noon until 6 p.m., but Summerfest has lined up a ton of great afternoon and evening acts for attendees who want to beat the nighttime rush, including a trove of big names playing at 4 p.m.

Bone Thugs-N-Harmony headline the Johnson Controls World Sound Stage at 10 p.m., and while we’ll never pass up a chance to hear “Tha Crossroads” — more rap at Summerfest is always a good thing — we’re even more excited about the openers. Backline alum Zed Kenzo, who has been on an absolute tear lately, plays the stage at 5:30 p.m, followed by Vincent VanGREAT at 8 p.m. This is your chance to catch two great acts as they play for some of the biggest crowds of their careers so far.

You can watch our video with Zed Kenzo below, and check out our interview with her where she discusses the Milwaukee music scene and her experience with Backline.

It’s a big day for Backline alums. After Zed Kenzo plays the Johnson Controls World Sound Stage, Crystal Knives plays the Miller Lite Oasis at 8 p.m. It’s not every day that a Milwaukee electronic act gets to perform AFTER Paul Oakenfold, but Crystal Knives has clearly earned his spot on the big stage. He’s racked up millions of streams in the last year alone, a sign of just how vast his audience has become.

Today Klement’s brats will be available for purchase, while supplies last, at the Mid Gate for just $1 from noon to 2 p.m. There’s a limited of 1 per person, and all proceeds will benefit a local charity. Cash only.