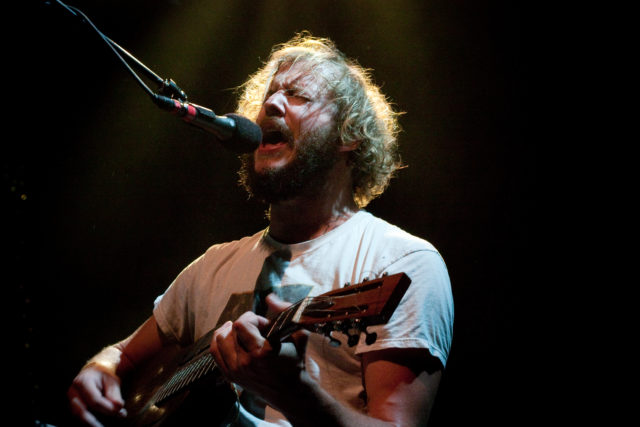 Every day during Summerfest, we’re rounding up the festival’s highlights and hidden gems and sharing Radio Milwaukee staff picks. Here’s everything you need to know about today’s lineup, which features Bon Iver, Cory Wong, Third Eye Blind, Chicago and more, as well as today’s promotions and the full lineup. (You can find Summerfest’s complete daily schedule here).

Eau Claire’s loss is Milwaukee’s gain. Bon Iver turned heads this year when they announced that they’ll headline Summerfest for the first time ever this summer and that, since founder Justin Vernon’s Eaux Claires festival is on hiatus this year, the date will be the band’s only Wisconsin show of the summer.

Bon Iver’s Milwaukee shows are always something special. This will likely be listeners’ first chance to hear some of the band’s new material live (including two great new songs they shared earlier this month). And the openers can’t be beat: Bon Iver will be joined by special guests Lord Huron and Julien Baker.

If you’ve never seen Julien Baker before, be prepared to be blown away. She is incapable of giving a performance that is anything less than an enormous emotional eruption.

Cory Wong may be one of the funkiest and under-the-radar guitar players out there today. On his own, people might not be too familiar, but alongside his main bandmates, Vulfpeck, he stands out! It doesn’t get much funkier than Vulfpeck and Cory Wong is a key player in that funk formula. His current band blends funk and jazz and some witty stage banter that will make the crowd get on the dancefloor!

Combining indie rock, danceable beats and chamber pop flourishes (courtesy of a small string section), Ra Ra Riot created an eclectic sound that has had them touring the world with Death Cab For Cutie, Vampire Weekend, Young The Giant, The Postal Service and others, along with performing at Coachella, Lollapalooza, ACL, Treasure Island, Outside Lands and other major festivals.

Throughout their career, they have released four albums, most recently “Need Your Light,” whose single “Water” (produced by Vampire Weekend’s Rostam Batmanglij) has over 75 million worldwide streams. Their next album, “Superbloom,” is due in June.

You can revisit our You Should Know feature on the band.

It’s easy to take them for granted, because Summerfest books them all the time, but Third Eye Blind consistently put on a great, passionate show — after all these years they still perform like a band with something to prove. And their 1997 self-titled album remains one of the most lively alt-rock records of the late ’90s, a spirited fusion of punk, pop and grunge executed with a level of creativity few of their peers mustered. Call them a guilty pleasure if you’d like, but they always deliver.

This is an odd thing to say about a band that’s been around for literally more than a half century, but after all these years Chicago still sound fresh. That’s thanks in no small part to that unmistakable brass section. It’s no wonder they remain one of the top touring draws of their era.

Today is Goodwill Day at Summerfest. The first 1,200 patrons who arrive between noon and 3 p.m. and present an original, specially marked receipt showing a minimum purchase of $15 made at a Goodwill Store & Donation Center between June 1 and June 29 will receive one free admission ticket, valid for today only. No copies or handwritten receipts will be accepted. Those interested are advised to arrive early for this popular promotion.