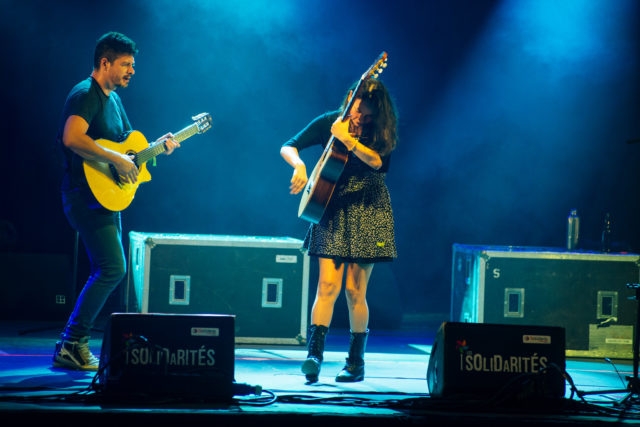 This is a bill you won’t see anywhere else. Later this year Lil Wayne will be on tour with Blink-182, but this is his only bill with rap legend Snoop Dogg and Schoolboy Q, a custom lineup created just for Summerfest. And if you haven’t seen Lil Wayne in a while, this is probably the time. Last year he finally released his long-delayed album “Tha Carter V,” and it’s surprisingly great, an unexpectedly personal and moving record that features several of his biggest club bangers in years, including the immortal “Uproar.” The American Family Insurance Amphitheater is going to go nuts when that beat drops.

I’d say that this pair has chemistry but I really think their connection is as close being symbiotic as two humans can get. People talk about the power of music and their synergy is absolutely mesmerizing. Given the landscape of Summerfest acts I’d take a chance on this one. It’s as cool as it is different.

After seeing their Studio Milwaukee session, the grungy fun of Sego was addictive enough to want another helping. The L.A. quartet have a high energy stage presence and a familiar ’90s/early ’00s vibe ensuring you’ll have blast even if you don’t know their songs.

Nobody else sounds quite like the Canadian indie band Strumbellas, which blends roots music with emo and “gothic folk,” creating an unusual, quirky fusion.

The Vermont band Dispatch creates a jammy fusion of indie, roots and pop music, even touching on ska and hip-hop sometimes.

How to get in free today: Summerfest Fan Appreciation Day

To close out the city’s biggest festival, today is Summerfest Fan Appreciation Day. Thanks to Meijer, all you have to do is show up between noon and 3 p.m. to get in for free on the final day of Summerfest.

Also between noon and three, Summerfest will distribute nearly $700,000 worth of FREE tickets, when 30,000 general admission tickets to Summerfest 2020 are handed out (while supplies last) at the North, South and Mid Gate entrances. The 2020 admission ticket that fans receive will also include the opportunity to win prizes from various Summerfest sponsors as well as the chance for one fan to win $20,000.