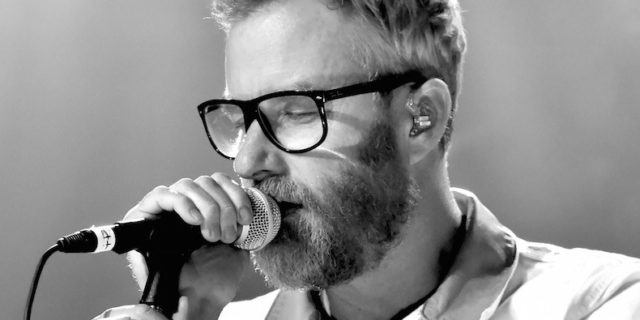 Each day during Summerfest, we’re rounding up the festival’s highlights and hidden gems and sharing Radio Milwaukee staff picks. Here’s everything you need to know about Summerfest’s Sunday lineup, featuring one of indie-rock’s greatest live acts: The National. We’ve also got the full lineup for you, as well as the scoop on how to get in free. (You can find Summerfest’s complete daily schedule here).

Ah, The National! Hands down, one of my favorite bands to see live. I’ve seen them in theater settings as well as festivals and there is no wrong way to see them. I’m always a bit leery of seeing my favorite bands on side stages there due to the inevitable circus that will surround the performance. With The National, I’m not too worried. We may even get a chance to see lead man Matt Berninger screaming the lyrics to “Mr. November” atop one of Summerfests famous picnic tables!

And speaking of The National, you can read Justin Barney’s new interview with guitarist/composer Bryce Dessner, where he discusses some of the “simple ideas” behind some of the band’s most beloved songs, including “Fake Empire.”

Guided by Voices have been around since the ’80s, but I’ve never caught them on a bill. Enough people have told me to see them live that I probably should, and maybe you should, too. They have influenced many bands I love to this day. Just singing along to “Glad Girls” would be worth making it down to the fest to see these power-pop mainstays.

Milwaukee’s best boys always bring an undeniable party to the stage – personifying good ol’ classic rock ‘n’ roll like no one else quite can. Wrapping up the first week of Summerfest on Sunday, their palpable and contagious high-energy is the perfect mid-point invigorator for the Big Gig.

Summerfest continues its country-heavy opening stretch of American Family Insurance Amphitheater headliners with Zac Brown Band, the affable Atlanta group that’s been bringing a little roots-rock flair to country radio for more than a decade now. Love it or hate it, their hit “Chicken Fried” has a way of working its way into your head. Total ear worm.

Two ways to get in free today

Also today all active-duty military personnel and veterans who present their Military ID at the designated turnstile at any gate, along with up to four family members, will be admitted for free. These military personnel are also encouraged to attend the Military Appreciation Ceremony, featuring representatives from each branch of the military, at 3:15 p.m. at the U.S. Cellular Connection Stage, produced in partnership with the War Memorial Center.