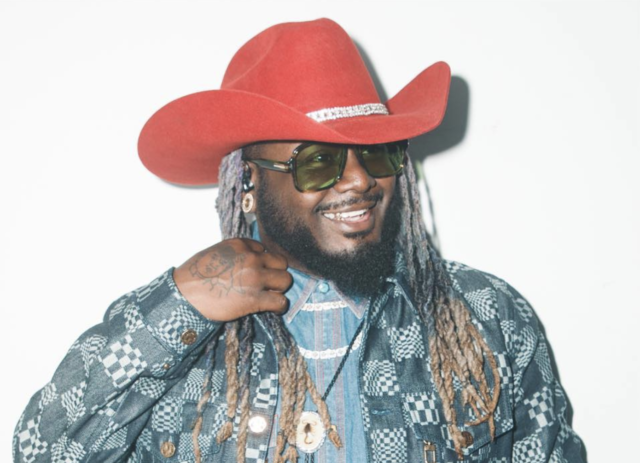 Every day during Summerfest, we’re rounding up the festival’s highlights and hidden gems and sharing Radio Milwaukee staff picks. Below you’ll also find the day’s complete lineup and promotions, including how to get in free today.

(If you’re looking for the complete 2021 Summerfest daily schedules, you can find them here.)

T-Pain, the artist who singlehandedly made the software plug-in Auto-Tune go viral before “going viral” was a thing, is set to headline the USCellular Stage on Summerfest’s opening night. I’ve never gotten the chance to see T-Pain perform live, but from what I heard of his Summerfest performance in 2017, we can count on him bringing that same energy. I am sure he will be performing a lot of his originals and features such as Kanye West’s “Good Life,” Lil Wayne’s “Got Money,” and DJ Khaled’s “All I Do Is Win,” but I am extra excited to see him perform “Can’t Believe It.” The crowd’s reaction to mentioning “Wiscansin” is going to be loud!

Without Kurtis Blow, we might not have hip-hop as we know it. In the late ’70s hip-hop was seen as a passing fad by every major record label and no one would sign a hip-hop act. But in 1979 Mercury Records signed Kurtis Blow to a two-song contract, with the stipulation that BOTH songs had to be hits for them to keep him on the label. Kurtis Blow angled towards Christmas radio programming and released “Christmas Rappin” which, strange as it may be, became the very first hip-hop hit. He followed that up with “The Breaks” which sold over half a million copies. Mercury kept him. Major labels started signing hip-hop artists and they haven’t stopped. Let’s pay some respects on opening night.

The wave of nostalgia that hit me when listening to KennyHoopla’s latest mixtape with Travis Barker was so potent and charged mid-2000s emotion, it nearly brought me to tears. Playing his first-ever gig at Summerfest, the Wisconsin artist is sure to bring his A-game and a rowdy performance, filled with the kind of fist-pumping basslines and scream-along live energy you’ve been craving at a Summerfest show.

Here you go I never thought I would become a fan of a song and artist I discovered on TikTok, but here we are. The singer /songwriter Fousheé became an overnight sensation thanks to her song “Deep End” becoming a viral hit on the platform TikTok. But she is no one-hit-wonder. Her debut album is a shining example of the talent  Fousheé brings to the table. Her cover of Depeche Mode’s “Enjoy the Silence is sublime. Full of genre-bending tracks, she is definitely one to watch at Summerfest.

This Austin-based singer/songwriter is a force to reckoned with. Not only does she craft amazing soul and pop records, but she is also phenomenal on the guitar. She has nice catalog of releases on Bandcamp but my favorite has to be “Vintage Machine.” I hear Janet Jackson, Prince, and St. Vincent all rolled up into one. A definite show not to be missed at Summerfest.

Summerfest has a long history of bringing in some of country music’s biggest names, so it’s very in character that for opening night this year it has booked one of the biggest country stars of the 2000s and 2010s: Luke Bryan, who is touring behind his new album “Born Here Live Here Die Here,” featuring the hits “Knockin’ Boots,” “What She Wants Tonight,” and “One Margarita.” Rising country star Dylan Scott opens.

Musician and educator B~Free has one of the city’s great voices. Along with her longtime collaborator and husband Quinten Farr, she performs a mix of soul, R&B and jazz. Check out the video for her new single “This Could Be Us” below.

Here’s how to get in free today: Johnson Controls Stomp Out Hunger Day

Two ways to participate. All patrons who arrive between 12:00 p.m. – 3:00 p.m. and donate three (3) healthy non-perishable food items will receive one (1) FREE admission ticket, valid for the day and time of the promotion only. Canned peaches and pears are especially appreciated! Donations will be accepted at all three (3) gates. Alternatively, each individual who visits www.hungertaskforce.org/summerfest between the dates of July 15 and August 15 and donates a minimum of $10 to Hunger Task Force, will receive an offer code for one (1) FREE admission ticket, valid for Thursday, September 2 from 12:00 p.m. – 3:00 p.m. Offer codes can only be redeemed online at the Summerfest Store. Limit one (1) ticket per person. All donations benefit Hunger Task Force.