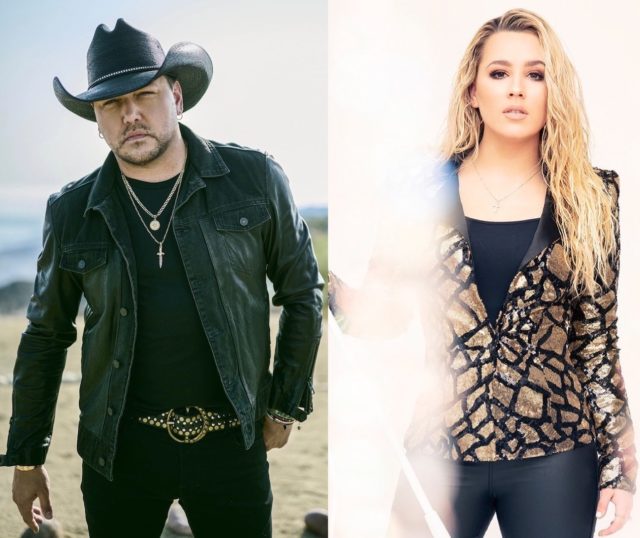 After a one-time (hopefully) move to September, Summerfest is back where it belongs, kicking off right on the heels of the summer solstice. And with the festival retaining its three-weekend format, there are plenty of chances to see local, national and global artists performing across the nine days.

Each day, we’ll bring you a rundown of the headliners, hidden gems and Radio Milwaukee staff picks so you can catch the very best of the ’Fest. Here’s what day one has in store, from country at the Amp to Big Boi in the Backyard (see the full 2022 Summerfest lineup here and how to score drink deals every day here).

One of country music’s most recognizable names leads a bill that includes two relative newcomers, as Jason Aldean follows up the release of an ambitious double album with a headlining slot at the Amp. Gabby Barrett joins him after winning ACM New Female Artist of the Year in 2021 and then co-hosting the awards show in 2022. John Morgan signed to Aldean’s Night Train Records earlier this year and has a debut album in the works following last year’s release of the very Summerfest-appropriate single “Coldest Beer in Town.”

Jason Isbell is the rare musician who bridges the gap between southern country and indie rock. In fact, he reached No. 1 on multiple Billboard charts with his last three albums: “Something More Than Free” (rock, folk and country); “The Nashville Sound” (indie, rock, folk and country); and “Reunions” (rock, folk and country). Accompanied by his five-piece band, the 400 Unit, the group recently wrapped up shows with Sheryl Crow and Waxahatchee, and they’ll join Willie Nelson, The Avett Brothers and more on tour later this year.

Big Boi last visited Milwaukee alongside his Outkast partner André 3000 at Summerfest in 2014. Now the Atlanta rapper returns to the festival grounds boasting his extensive solo catalog. That includes 2021’s “Big Sleepover,” a venture with longtime collaborator Sleepy Brown, featuring album appearances from Killer Mike and CeeLo Green, among others. Odds are you’ll get to hear some certified classics, too, like “The Way You Move.”

Milwaukeean and multi-hyphenate Brett Newski packed a lot into the last couple years, most notably the release of his book, “It’s Hard to Be a Person,” and an aptly named companion album, “It’s Hard to Be a Person: A Soundtrack to the Book.” The musician, podcaster, author and illustrator credits a Barenaked Ladies show in Milwaukee for nudging him down the path to his first guitar, and tonight his band will open for the Canadian legends at the UScellular Connection Stage.

How to get in free today: Johnson Controls Stomp Out Hunger Day with FOX6 Milwaukee

Everyone who arrives between noon and 3 p.m., and donates a minimum of two jars of peanut butter will get a free ticket into the Summerfest grounds valid Thursday only. You can make your donation at any of the three entry gates. All donations will benefit Hunger Task Force.