Artists who have never done a Milwaukee concert…yet

Artists who have never done a Milwaukee concert…yet 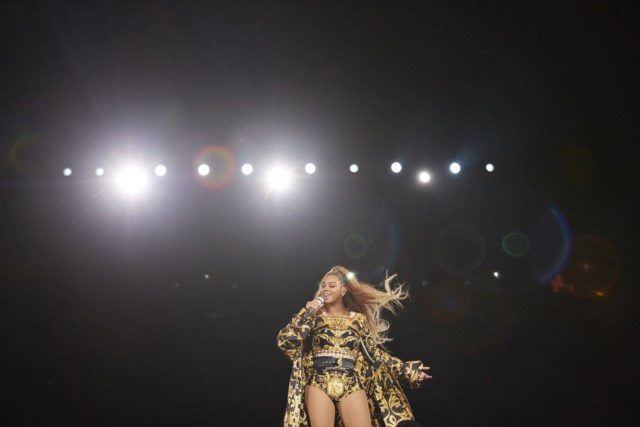 Okay Beyoncé has been to Milwaukee once. But that was with Destiny’s Child at Summerfest in 2001. Beyoncé, if you’re reading this, it’s about time you come back for a solo show. May we suggest performing at the DNC?

Adele’s last arena tour hit Chicago right around Summerfest. We thought that would have been the perfect opportunity to make an appearance. Summerfest offered her a lot of money, but she ultimately turned it down. Apparently she didn’t want to do outdoor shows that year. Maybe the Fiserv Forum will appeal to her more in the future.

This is surprising. Drake isn’t from that far away. And he has toured almost everywhere else in the US. But not Milwaukee. If he ever comes here, he’d be sure to sell any venue out.

Frank Ocean hasn’t been to Milwaukee, but he hardly performs anywhere. So we won’t take this one too personally.

Same thing with Björk. She is very selective about where she does concerts. But hey, it could happen!

We’re very surprised to realize that Gorillaz has never been here. They’ve been touring far and wide for many years. And again, we know that Gorillaz in the area could easily pack a stadium.

RiRi, where you at? The last time you were here was before “Umbrella.” We know we’re close to Chicago, but we think you could sell out both cities.

Beyoncé, Adele and Drake, where you at?

Recently, we’ve found out that Mariah Carey, Lionel Ritchie and Jennifer Lopez are all doing headlining concerts in Milwaukee for the first time ever. That got us to thinking…What other artists have never been here? And are we finally stepping out of the Chicago concert market’s shadow?

Read more and listen to the podcast episode below to hear us discuss the musicians who we need to come to Milwaukee, inspired by Piet’s recent article on 27 music acts who haven’t played Milwaukee in over a decade — or ever.

Listen to the full episode above and read Piet’s article for the full list of other legends who haven’t been here in decades.