Excellent national and local shows to check out this weekend

Excellent national and local shows to check out this weekend 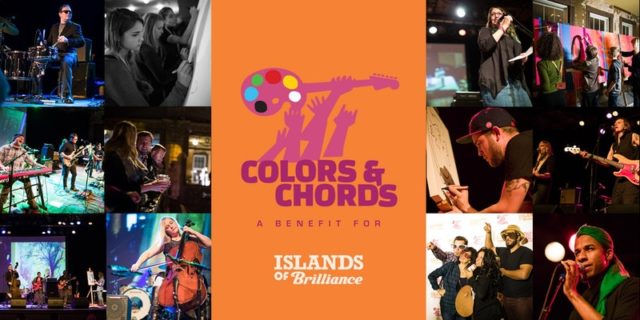 This week on TAP’d In, our own Jordan Lee chats with the Milwaukee Journal-Sentinel’s Piet Levy about a mix of national acts coming through to Milwaukee along with some really great local shows to check out.

Listen to the podcast and find links to shows mentioned below:

Swifties rejoice! “Reputation” will be released on Friday, co-written and produced by Jack Antonoff who is bringing his own project Bleachers to Milwaukee on “Taylor Swift Day” at The Rave. You have heard collaborations with him on 88Nine through artists like St. Vincent, Lorde, Grimes and more. Amy Shark is on the same bill and you can tune in at noon to listen to a live session with her the day of the show.

Another option for Friday is Take Me To The River: Memphis Soul Revue at the Marcus. Based on the documentary you may have seen a few years ago at the Milwaukee Film Festival. Merging hip-hop with the classic Memphis soul legends.

New Found Glory is celebrating 20 years, performing “Sticks and Stones” and “Catalyst” in their entirety on Saturday at The Rave.

Mura Masa is playing Turner Hall Ballroom. Piet caught his set at Lollapalooza and was really enthralled by it. His music is really engaging – it’s dance music but it’s really smart and unique. He has live vocalists and live instrumentation, it’s a really good live show.

Getting local, Thane is performing his first headline spot. He’s a mysterious electronic producer in town with really impressive guests like Anderson .Paak and BJ The Chicago Kid.

Another show going on Friday is a unique benefit show. Colors & Chords is a benefit for Islands of Brilliance which is a local non-profit bringing together members of the creative community to mentor young adults and children with autism. The benefit is an event using that format – musicians perform with visual artists creating live as well with proceeds going to Islands of Brilliance. The musical lineup is really interesting – Collections of Colonies of Bees re-formatted, Rose of the West is getting good buzz, Jay Anderson, Twin Brother who also is a re-tooled lineup. A student is one of the visual artists performing.

Hugh Masterson formerly Hugh Bob and the Hustle moved to Nashville and went solo. He’s bringing his new band for a homecoming show at Shank Hall on Wednesday, November 15.