How Milwaukee’s Cactus Club established itself as a destination venue

How Milwaukee’s Cactus Club established itself as a destination venue 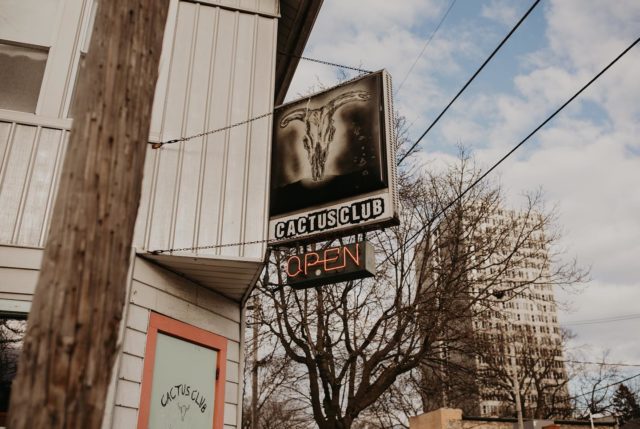 Piet and I both spend some of this last weekend watching the Forward Music Festival, which helped raise thousands of dollars for three local venues, including Cactus Club. On this week’s episode, we discuss the significance of that iconic Milwaukee venue, which over the years has hosted storied shows from bands like White Stripes, Queens of the Stone Age, Bright Eyes and Spoon — as well as countless local shows.

“I would argue that no venue has had more local bands on its stage than Cactus Club,” Piet says.

We revisit an archived conversation of Piet and I discussing some of the biggest shows that Cactus Club has hosted over the years. He also shares the building’s origins as an anarchist hangout in the 1910s, explains the story behind the venue’s iconic name, and describes how something as simple as a jukebox helped the venue become a magnet for national talent.