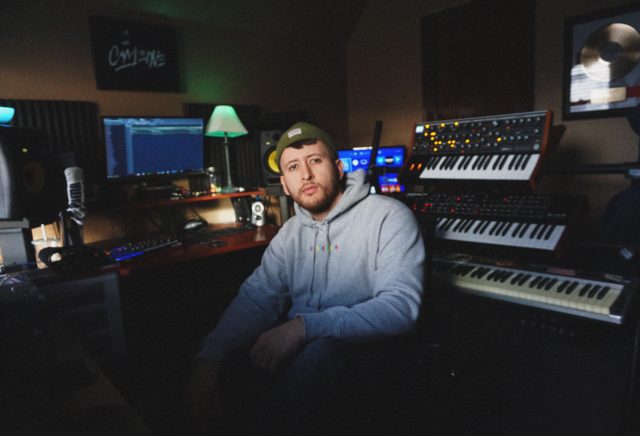 On this week’s episode, we’re celebrating one of our favorite times of the year: Halloween. We’re talking about some unique concert experiences happening tonight and tomorrow night in the city. And then we’re joined by Milwaukee producer CameOne, who is featured on the new Kanye West album “Jesus is King.” Read about and stream the episode below.

First we start with our Halloween picks. The big one is Tool tonight at Fiserv Forum, where the heralded metal band will play a sold-out show with openers Killing Joke. Meanwhile one of our favorite Milwaukee punk bands, Direct Hit, will be going as the Ramones for a concert tonight at X-Ray Arcade.

We also share a Día de los Muertos pick at the Latino Arts center on Friday, and a big EDM show that night at a venue that always goes all out on Halloween: The Rave.

Next we’re joined by Milwaukee producer CameOne, who contributed to Kanye West’s new album “Jesus is King.” It’s been a big year for him: He was also featured on Rick Ross’s “Port of Miami 2” in August.

He credits a shift in his business model for helping him land on “Jesus is King.” In 2016, he explains, “I went from being a producer/beat-maker to more of a sample composer. There was a big demand for original samples, because clearing samples can be a pain in the butt.”

One of those samples he sold ended up in the hands of producer Pi’erre Bourne and Kanye West, and now he’s credited as a co-writer on the track “On God.”

“My contribution is the entire melody,” he says of his role on the track. “Every synthesizer you hear is me. The only thing I didn’t contribute is obviously the rapping and the drums.”

He also explains how his background battling in the Miltown Beatdown helped build his confidence (he was a champion at that beat battle) and why he plans to stay in Milwaukee for the long haul.