Why Mott The Hoople coming to Milwaukee is a big deal

Why Mott The Hoople coming to Milwaukee is a big deal 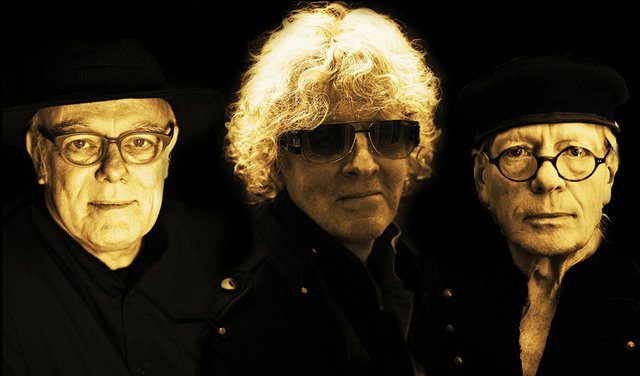 Mott The Hoople, Photo by Tia Haygood, Ross Halfin and Trudi Knight courtesy of the artist

Mott The Hoople in Milwaukee

With a set based around the 1974 albums “The Hoople” and “Live,” Ian Hunter, Ariel Bender and Morgan Fisher have regrouped to bring the return of “The Golden Age of Rock ‘n’ Roll” to the U.K. and the U.S.

The tour launch in Milwaukee will return Mott The Hoople ’74 to the building (then called the Milwaukee Auditorium) where they performed on May 22, 1974. That show and the Columbia Records-sponsored after-party at the Pfister Hotel made Milwaukee front page news back then, which is rare for a concert review.

You can thank the show’s promoter and Shank Hall owner Peter Jest for the band’s return. He has a history of bringing acts to town that haven’t played Milwaukee in ages, including Patti Smith, Nick Cave and the late Leonard Cohen.

When he heard that Mott was going back on its last tour, he called the agent who told him there was one date left. Jest sent in a generous offer and snatched the date up.

You can see this once-in-a-lifetime Milwaukee concert at the Miller High Life Theater on April 1, 2019 at 7:30 p.m.

And listen to the full podcast episode above to hear our continued conversation on concert etiquette for intimate shows like this and some faux pas we’ve seen at recent acoustic shows.

And a discussion on concert etiquette

Mott The Hoople, one of Britain’s greatest bands who influenced major rock bands like the Clash, Def Leppard and Queen, recently announced its limited-run farewell tour. How limited you ask? It’s the band’s first tour in 45 years and there are only eight U.S. tour dates. And the first one on the list is in Milwaukee, WI at the Miller High Life Theater on April 1. That’s a big deal.

Read more and listen to the podcast episode below to hear how Milwaukee got one of these tour dates and a discussion on how people should act at an intimate and special show like this.