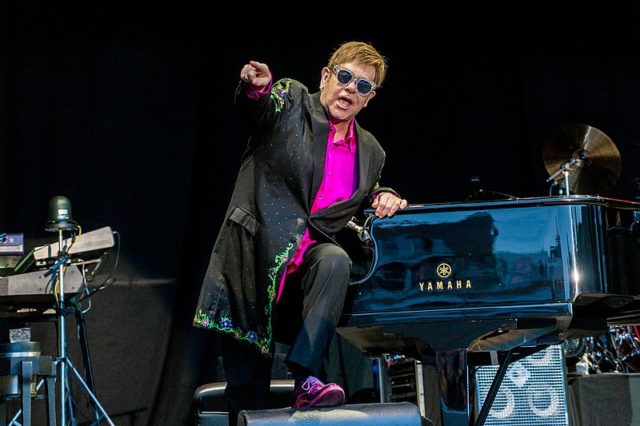 This was a pretty quiet winter for Milwaukee concerts, to be honest, but spring is when things really heat up. And this year there’s even more big concerts coming to the city than usual.

We kick off our 2020 spring concert preview with two huge shows at Fiserv Forum, including Elton John, which should be an amazing show if you can afford it (tickets start around $200, so this is not a show for people on a budget). Piet says John’s show at Fiserv last year was one of his favorites of 2019, so if he can repeat that energy this encore performance should be a real treat.

And then Tame Impala is coming to Fiserv for their first show at the arena on May 30. The band’s new album “The Slow Rush” is one of the albums of the year, and that new material should sound fantastic in such a large venue.

The Lumineers are also coming to Fiserv Forum on March 11. The band has redefined what we think of as popular music, building on the folk-rock of their early material on their latest release, “III.” The record is a moving concept album about addiction. Blake Shelton is coming to Fiserv in March, too, as well Kenny Chesney. Shelton will be surrounded by some seasoned country pros for his concert.

Hometown heroes GGOOLLDD return to Milwaukee for a show with local favorite Lex Allen on March 27. They’re touring behind their first-ever full-length album. Piet argues the band could have gone in a chill, Spotify-playlist direction with their new album, but instead they opted for an album with a little more of a rock edge.

Stephen Malkmus will ring in April on April Fool’s Day at Turner Hall Ballroom with (Sandy) Alex G. It’s the only show the bands are sharing together, which should be interesting. It’s a cool double bill for share.

On April 10, Fiserv Forum is hosting GospelFest, which features Yolanda Adams and some major players in the world of gospel.

Bad Religion will be performing at the Rave. The band defined the sound of punk in the ’90s, and the group never really lost its way. They’ll be sharing a bill with Alkaline Trio, which makes it even more exciting. Bad Religion will be celebrating its 40th anniversary on its tour. That same night Latin superstar Ozuna will be headlining Fiserv Forum. It’s great to see the market make an overdue commitment to booking Latin music.

Piet also recommends Torres at The Back Room at Colectivo on April 26. “She’s just a really smart singer-songwriter,” Piet says, commending her for the vulnerability in her songs.

To hear us discuss all these picks and more (including Willie Nelson, Bikini Kill and The 1975) stream this week’s podcast below.