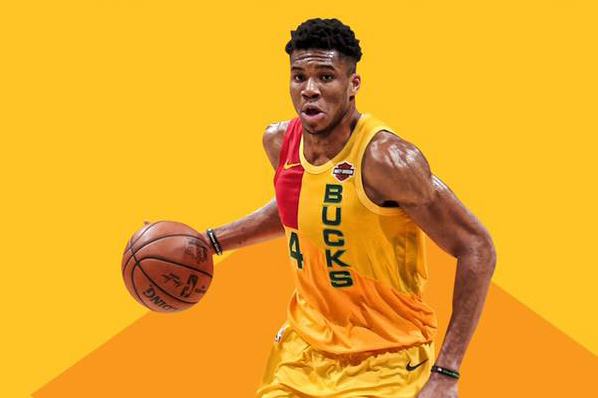 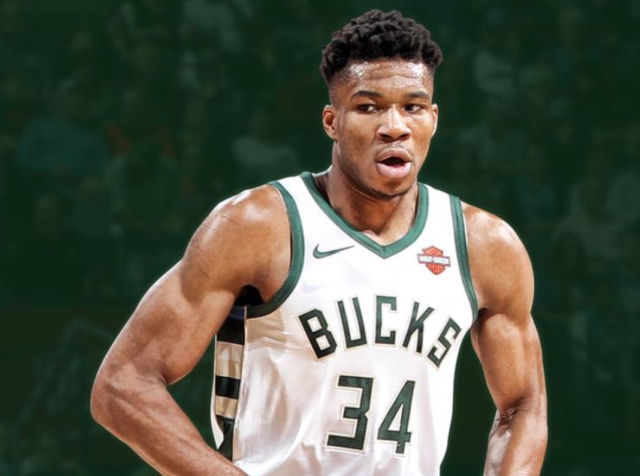 Milwaukee rappers DC the Don and IshDARR are not the only ones repping the young Buck in their bars. From Public Enemy to Travis Scott, rappers are starting to drop Giannis’ name more and more. He’s not quite on Lebron James’ level of name-drops yet, but as the Greek Freak’s career continues, he might get there. Here are our favorite songs that reference him so far:

Not only is Lil Wayne a lifelong Packers fan, but he might be jumping on the Bucks bandwagon too. In “Big Bad Wolf,” he name-drops Giannis with the lyric, “I got a Greek freak, she call me Antetokounmpo,” past the three minute mark in the song.

Rappers that have name-dropped The Greek Freak, from Public Enemy to Travis Scott

You don’t need to explain to anyone in Milwaukee that the Bucks’ Giannis Antetokounmpo is becoming one of the best basketball players of all time. But what really proves it is that he’s becoming a hip-hop favorite, because what says “making it” like a rap shout-out from Flava Flav?

Read more and listen to the podcast episode below to hear Piet go through his list of rap songs about the Greek Freak (so far).

In this 2017 Public Enemy song, Flava Flav talks about Giannis not once, but four times. The first reference comes in just before the first minute mark where he says, “Savage, they/Say we can’t stop it/Flav, PE, rock it/Antetokounmpo/No, Mutombo I blocks it.”

In the first 30 seconds, Travis Scott says, “Park the Lambo’, took the Brinks truck/Become a Greek Freak when you see bucks.”

Right after referencing Micheal Jordan, Joey Bada$$ comes in on this track about half way through the song with, “Like (expletive) the cops, uh, posted on the block like Giannis/I promise, they call me Mr. Brooklyn’s finest.”

At 3:11, she references the rising star with, “Called Mama/Told her ‘bout my summer reign/She thought ‘bout Carl Thomas/I said no no no, no no I more like Giannis.”

Action Bronson is a Bucks fan and dropped a line about Antetokounmpo right out of the gate in the first lines in this freestyle rap: “I caught a DUI coming out the Trey Songz concert/(Expletive) was bonkers, Bronson slam like Giannis.”

“Outwork You” by Zauntee

At 2:06 this Christian rapper says, “My friends is Jesus, my family, and all these dead presidents/Wrist on ice cream, like Giannis I’m balling.”

At 1:41, the song refrences two Bucks greats with the line: “Keep it a Buck like Giannis or (expletive) Jack Sikma.”

Styles P shows Giannis some love at 2:17: “Not Milwaukee but I get to the bucks like the Greek Freak.”

At 2:28, Money Man says, “Balling on (expletive) like Antetokounmpo/White-collar dollars, I found me a loophole”

Here Giannis isn’t the titular G.O.A.T. (though at this rate, he might have Greatest Of All Time status soon), but Vinnie Paz references the Greek Freak’s dunking ability saying, “Fire at close range pal, Antetokounmpo,” at 1:48.

“Greek The Freak” by DC The Don

DC The Don was born in Milwaukee and named this song after Giannis. He also references him throughout the song, starting around 30 second in with, “I’m ballin’ like Greek the Freak/I blew 30 bands a piece.”

Milwaukee-based rapper IshDARR might have been the first to drop Giannis when he did so in 2016 with “Dumb Playing.” A lot as changed since then. IshDARR recorded the music video for this song at the now demolished Bradley Center and also references Jabari Parker, who now plays with the Chicago Bulls. Giannis, however, has only gotten better and more popular.

Check out his shout-out at the 25 second mark where he says, “Switched my career and told my mama I’m gonna innovate/Giannis to a Parker, told them all that I’m about to fade.”

Get our podcasts like Tap’d In, This Bites, Urban Spelunking and Cinebuds delivered right to your inbox at RadioMilwaukee.org/podcasts.